When the Third Temple is Built, These Temple Priests Will be Ready to Serve 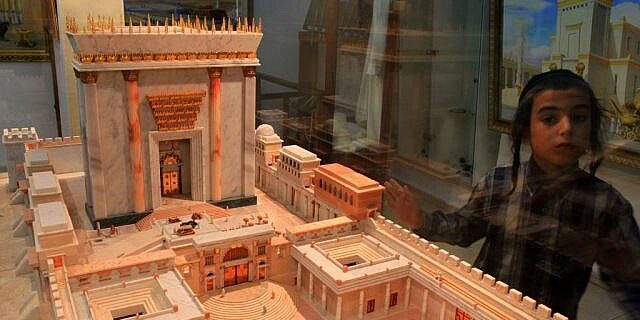 Along with the prophets Jeremiah, Ezekiel and Zephaniah, Rabbi Amichai Cohen of Tzfat in the Galilee is a descendant of Aaron, the first High Priest of Israel. These male descendants are known as kohanim.

I hereby take your fellow Leviim from among the Israelites; they are assigned to you in dedication to Hashem, to do the work of the Tent of Meeting; Exodus 18:6

Among traditional Jews, the lineage of male descendants of Aaron the High Priest is carefully preserved. Interestingly, over 98% of Jewish men who identify as kohanim, and who have had their DNA tested, have a specific genetic marker in common.

Certain vestigial laws apply to kohanim today, but when Jerusalem will once again have a Temple, their priestly roles will become significantly more influential.

Cohen and his partner, Rabbi Peretz Rivkin, want to prepare the living descendants of Aaron the High Priest to be ready to step into their Biblically-mandated roles as soon as the Third Temple is operational.

Together, the two men are launching Kehuna Academy, an online community and school for learning about the service of the Kohanim in preparation for the Third Temple. Kehuna is the Hebrew word for priesthood. Rivkin currently runs Igud HaKohanim, a New York-based non-profit educational organization devoted to educating the world about the importance of the Biblical priesthood.

Cohen explained that, since the Second Temple was destroyed nearly 2,000 years ago, kohanim today lack the practical knowledge to conduct the Temple service. He shared with Israel365 News that generations of major rabbis have spoken about the importance of this education. Until his death in 1933, Rabbi Yisrael Meir HaKohen Kagan, popularly known as the Chofetz Chaim, oversaw a learning program in Poland to prepare kohanim for the Temple Service.
Prior to the launch of Kehuna Academy, no such program has existed for the past 100 years. As we get ever closer to the Messianic era, the need for kohanim to learn the relevant laws has become more acute.

Practically speaking, the Kehuna Academy, “aims to be a resource center for groups of kohanim from around the world,” explained Cohen. They want to encourage kohanim to create local groups. “Most don’t know where to start,” Cohen shared. “We aim to be a resource center, so they can have a curriculum to study from.” Continue Reading….