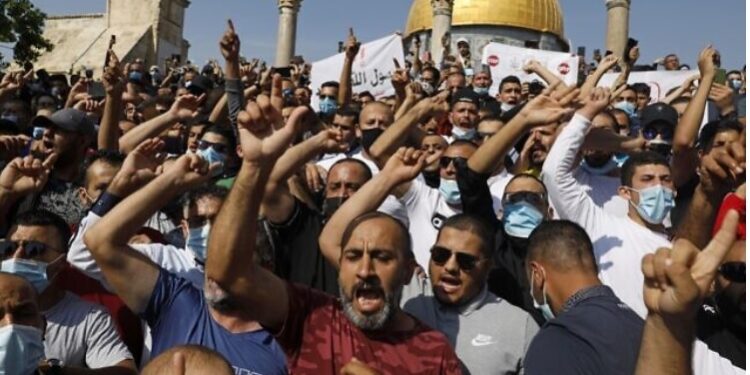 Hundreds of people protested at Jerusalem’s Temple Mount on Friday against French President Emmanuel Macron’s vow to protect the right to caricature the Prophet Muhammad, with three arrested after scuffles with police.

The protestors chanted, “with our souls and with our blood we sacrifice for our prophet, Muhammad,” and what Israel Police described as “nationalist slogans.”

Police said they dispersed the “rioters” and arrested three people for disorderly conduct.

Demonstrators wore headbands declaring insulting Muhammad to be a red line and waved flags emblazoned with the Islamic declaration of faith. Continue Reading…