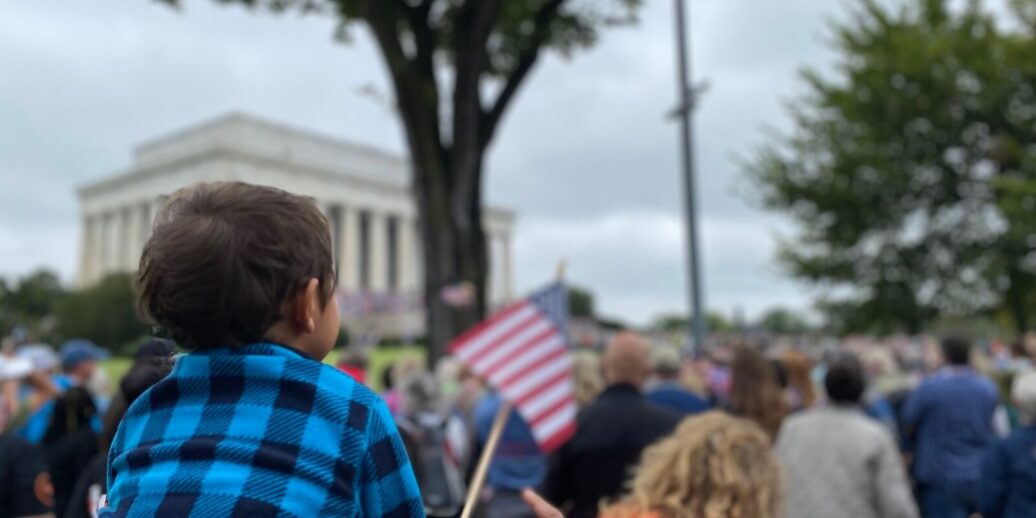 September 26, 2020, in Washington, D.C., is a day that will join history-making prayers from the last few centuries, when tiny groups of Christians and big prayer movements changed nations and advanced missions worldwide. Events like the 1738 New Year’s Eve prayer meeting convened by Charles and John Wesley, which is credited with saving England. The Welsh Revival, Salvation Army, and Azusa Street prayer meetings of the late 18th and early 19th centuries that also impacted nations for the better. And now, just last Saturday, Christians numbering in the hundreds of thousands brought their hopes and prayers from 50 states to participate in The Return on the National Mall and the Washington Prayer March from the Lincoln Memorial to the United States Capitol.

Themes of repentance and revival filled the capital city’s air with humble supplications from believers across denominational lines, cultures, ages, nations, and ethnicities. The unity of hearts joined in one overwhelming purpose was evident among the masses and in the small groups—in prayer circles and on podiums, steps, walks, and stages—asking God for His forgiveness and mercy to replant the sacred roots of faith that had been sowed by our founding fathers and mothers.

These two simultaneous events grew into one of the largest outdoor prayer meetings the United States has ever known. Best-selling author Rabbi Jonathan Cahn and Kevin Jessip, CEO of Global Strategic Alliances, organized The Return: National and Global Day of Prayer and Repentance. They invited Christians across the world to attend in person or online. Franklin Graham, CEO of Samaritan’s Purse, began the Washington Prayer March, saying in one of his prayers, “Father, our country is in trouble, and we need Your help.”

The Return’s numbers—based on five years of planning—is a sign of divine intervention. In my interview with Kevin Jessip, he commented, “The Lord provided the plan and met every need for us to implement it.” He also talked about the astonishing simulcast numbers. “The Google Analytics map worldwide indicates that 154 countries tuned in.” Kevin added, “Our livestream reached its capacity several times but maintained its global signal. We had only a one-eighth-of-a-second delay in the 90-language translations.” He noted, “The simulcast numbers will be verified soon but right now, for example, we are getting reports that 600,000 groups in Latin America, 93,000 pastors and their churches in Pakistan and India, and 250 million in Africa watched and prayed.” Kevin mused, “If hundreds of millions watched, it may be the biggest broadcast of its kind in world history.”

In direct contrast to other groups in recent months, peace prevailed everywhere on the Mall and along the Prayer March’s 1.8-mile route. No violence, no verbal threats. While The Return team worked closely with the National Park Service and security officials, Kevin mentioned, “The National Mall grounds were anointed prior to the event in prayer walks and the practical layers of security personnel were excellent. God’s Holy Spirit hovered over the gathering with His peace, His shalom.”

As the day progressed, participants from multiple faith communities and ethnicities mounted the stage lifting prayers by the dozens; for our government, our citizens, those who are suffering, persecuted Christians worldwide, our police, and our military, among many. The prayers of repentance included Christians’ clear confessions and recognition of apathy and inaction from pastors, churches, individuals, and organizations. The issues ranged from abortion, immorality, racism, addiction, suicide, human trafficking, et al., to the resulting threats to our American society and way of life. Continue Reading…