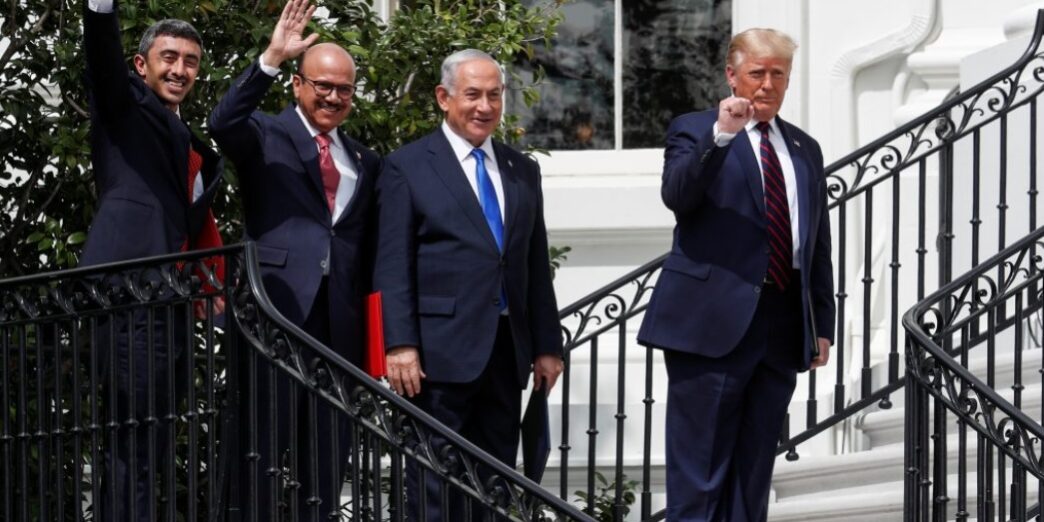 By The Israel Embassy—

The Abraham Accords, brokered by President Trump and his administration, will establish full diplomatic relations between Israel, the United Arab Emirates, and Bahrain.

The agreements represent an important and significant milestone that will advance security and stability across the Middle East region. This will hopefully facilitate similar agreements with other Arab countries and create a future of peace and prosperity that will last for generations.

Through the normalization of our relationship, we are not only striving for peace, but are taking concrete steps to ensure a fruitful and peaceful relationship, including:

We hope that these positive developments also help sway our Palestinian neighbors to return to the negotiation table on the basis of the full and balanced Peace to Prosperity Initiative, which indeed answers two of Israel’s most pressing concerns: our security and our national interest.

In the words of PM Netanyahu, “This historic change will also advance peace with the Arab world and, in the end, peace, true peace, monitored, secure, with the Palestinians as well.”

To that end, we will mention the Arab League for refusing to endorse a Palestinian draft condemning the Abraham Accord. As we promoted peace, countries like Iran and Turkey condemned it; and while we celebrated peace, Hamas terrorists launched rockets into southern Israel, injuring two.

Israel will always keep striving and working towards any route and any possibility that brings us closer to peace with our neighbors, with the region, and with the entire Arab world.

As always, we hope that you are staying safe in these times. We are delighted to bring you this message of peace, warmth, and hope, and we look forward to bringing you these positive messages.