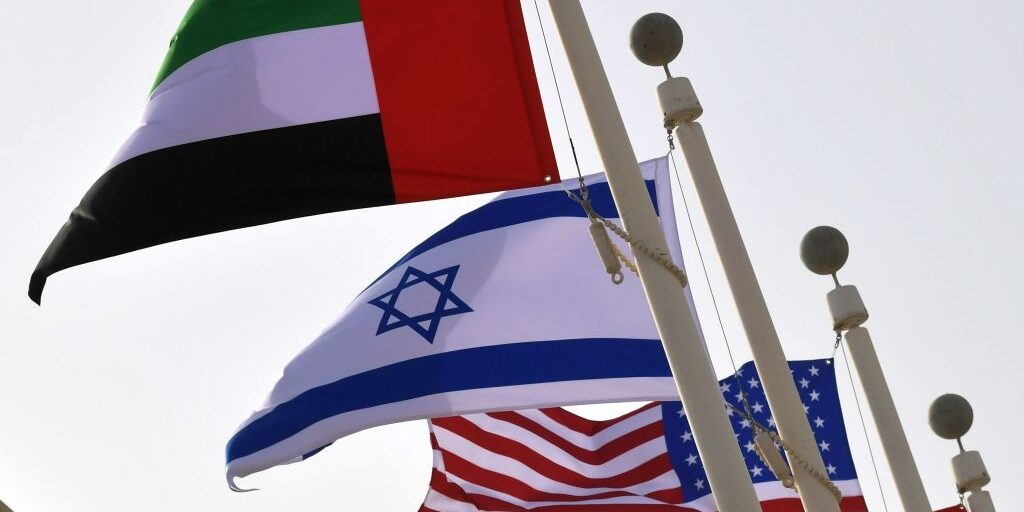 This week, we witnessed a symbol of perhaps the greatest step forward in world peace for decades. The first-ever direct passenger flight from Israel to the United Arab Emirates flew down the length of Saudi Arabia’s airspace. After Egypt in 1979 and Jordan in 1994, the UAE has become the third Arab state to normalise relations with the State of Israel under the new Abraham Accord.

Next month, the 2020 Nobel Peace Prize winner will be announced in Oslo. Will it go to the architects of the Abraham Accord, a momentous achievement in itself, and also a major development in a regional geopolitical realignment that is not only good for peace and prosperity in the Middle East but in the world? We knew what the answer would be to that question even before it arose. (Those who point out the deadline for 2020 nominations has passed need not expect to see it in 2021 either.)

Mohammed bin Zayed Al Nahyan, Crown Prince of Abu Dhabi, might well have caught the eye of the Nobel selectors, but unfortunately his partners in this enterprise are US President Donald J. Trump and Israeli Prime Minister Benjamin Netanyahu. Both are despised figures for the wokerati in Oslo and the fellow travellers they are desperate to impress. Compared to the perceptions of these leaders among the hard left who dominate all discourse on “peace”, their achievements on the world stage are irrelevant.

Their fingerprints on the Abraham Accord ensured it also received a cool reception in much of the US and international media and in the chancelleries of Europe — more closely aligned with the hostile and backward-looking regimes of Iran, Turkey and Qatar than with those who actually strive for peace and progress and human rights in the Middle East; “the men in the arena”, to borrow from former US President Theodore Roosevelt.

Yet, the developing relationship between Israel and the UAE is at least as significant as the peace treaty between Israel and Egypt that deservedly led to Nobel Peace Prizes for Menachem Begin and Anwar Sadat. It paves the way for further leaps forward, with potential for similar normalisation between Israel and other countries in the region such as Bahrain, Oman, Sudan, Morocco and even Saudi Arabia. The UAE would not have acted without Saudis’ blessing. Although publicly understated, the opinion in Riyadh is clear. Some months ago, in talks with leaders there as part of a delegation from former Canadian Prime Minister Stephen Harper’s Friends of Israel Initiative, together with their Executive Director and former Spanish National Security Adviser Rafael Bardaji, I heard firsthand how open the Saudis were to the prospect of embracing Israel in the future.

Behind the shifting geopolitical sands in the Middle East lies economic advantage as opportunities for trade and technology become both clearer and, for the Gulf states, more acutely needed. Of far greater significance, however, is the looming threat to the region from Iran and, to a lesser extent, Turkey. Most Arab countries see common interests with Israel in the face of the mullahs in Tehran with their imperial aggression in Lebanon, Syria, Iraq, Yemen and beyond, coupled with insatiable nuclear ambition. Continue Reading…