UAE: We Are Not Traitors; Palestinian Leaders Are Corrupt 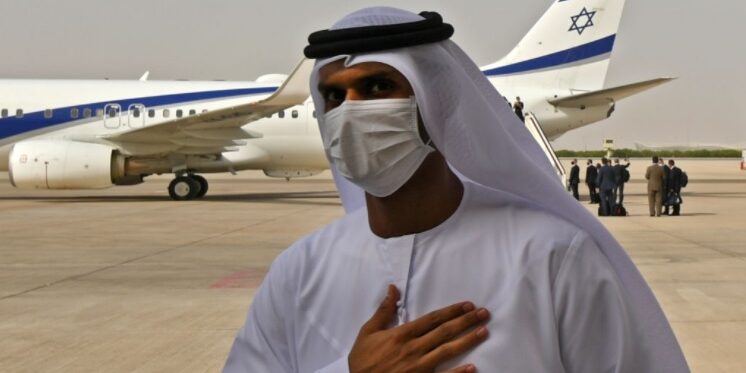 As Palestinian leaders continue to condemn the United Arab Emirates for its agreement to normalize relations with Israel, Emiratis have responded by dismissing charges that the UAE betrayed the Arabs and Muslims, as well as Al-Aqsa Mosque, Jerusalem and the Palestinian issue.

The Emiratis are also defending their leader’s decision to sign the normalization agreement with Israel by reminding everyone that the UAE is not the first Arab country to sign a peace treaty with Israel. The Emiratis say they cannot understand why they are being harshly criticized by many Arabs and Muslims who have done almost nothing to assist the Palestinians.

“The UAE is not the first Arab country to conclude a peace agreement with Israel, and it will definitely not be the last,” wrote Emirati journalist Sami Al-Reyami.

“Many opened their doors to Israel and cooperated with it without achieving any real benefit for the Palestinian cause. It is very strange for the UAE to be subjected to criticism from governments and the media of countries that preceded it by decades in establishing and relations with Israel.”

Al-Reyami explained that when the Emiratis decided to establish relations with Israel, it did not do it out of the blue:

“Instead, the UAE did it after it received several requests from Arab, Islamic and other countries asking it to intervene to solve the problem and dilemma of Israel’s determination to annex lands in the West Bank. The Arabs, the European Union members and many countries were unable to stop the plan until the UAE intervened and did what the world did not do, and was able to make a difference and stop plans to annex Arab lands. So why are these short-sighted people now annoyed?”

Al-Reyami believes that the real problem the Palestinians and other critics have is not with the agreement itself. “Instead, the problem is in their hearts that are full of hatred for every step taken by the Emirates,” he said. Continue Reading….