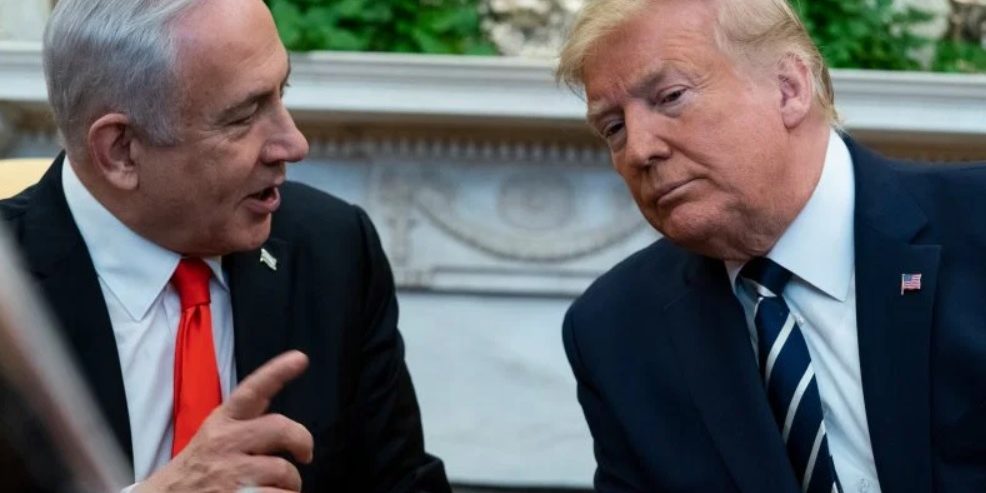 The US administration is examining the possibility of issuing a document that would commit future governments to President Donald Trump’s peace plan, Israel Hayom has learned.

The idea has been presented to senior White House officials and is under discussion.

At this stage, it is still unclear how understandings between Israel and the US about the Trump plan would be made binding. One possibility would be to issue a memorandum of understanding that would state the Trump plan is the only solution to the Israeli-Palestinian conflict. Another option would be to issue a binding document in the style of the Bush Letter, which promised that settlement blocs in Judea and Samaria would never be evacuated.

The administration puts great importance on ensuring that the Trump peace plan remains active and implementable, even if a new administration is elected in November. Talks about the wording of the announcement about Israel and the United Arab Emirates normalizing relations included considerable efforts to persuade all sides to adopt the Trump plan as binding.

Israel also has a strong interest in keeping the plan on the table. Many in Israel consider the Trump plan the best option ever presented by any American administration. Prime Minister Benjamin Netanyahu’s coalition partners Defense Minister Benny Gantz and Foreign Minister Gabi Ashkenazi, as well as Opposition leader Yair Lapid, have all expressed support for it.

Thus far, the support has been verbal. The US and Israeli interest in making the plan binding for the future prompted the suggestion that both sides put their positions down in writing.

This would not be the first time that the US has taken such a step. In 1975, President Gerald Ford wrote to Prime Minister Yitzhak Rabin and told him that the US would give serious consideration to Israel remaining on the Golan Heights. President George W. Bush said in a letter to Prime Minister Ariel Sharon that the US recognized demographic changes in Judea and Samaria, and that the settlement blocs would remain in place. Despite the importance of such documents, they cannot obligate future administrations. Continue Reading….