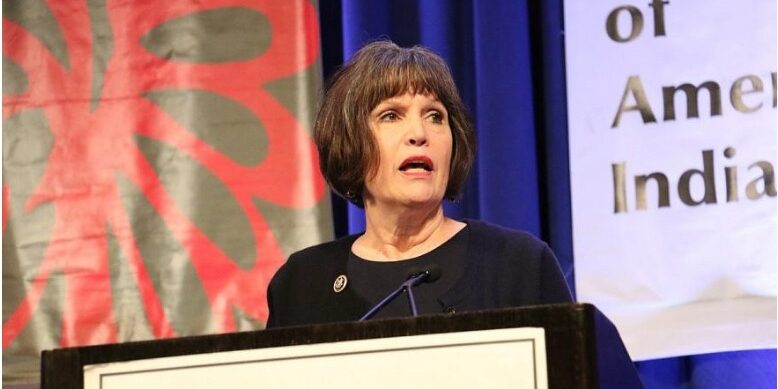 Rep. Betty McCollum (D-Minn.) introduced a bill on Friday that would prohibit the United States from recognizing Israel’s application of sovereignty over Jewish communities in Judea and Samaria.

“I want Palestinians and Israelis to have their human rights respected, their right to self-determination realized, and a future with peace, security, equality and justice,” said McCollum in a statement.

“Annexation is antithetical to these goals and will fuel instability, injustice and an abhorrent system of apartheid. This is an intolerable outcome for Palestinians, Israelis and Americans,” she said. “I reject Israeli annexation. I condemn annexation. And I will work to ensure the U.S. does not support, defend or legitimize any plan to illegally annex Palestinian lands.”

As part of a historic U.S.-brokered peace agreement last week to normalize relations between Israel and the United Arab Emirates, the former agreed to temporarily suspend applying sovereignty to Jewish communities in Judea and Samaria.

McCollum said that the Israel-UAE agreement “changes nothing. Prime Minister Netanyahu and President Trump have taken nothing off the table. Their promises and commitments are worthless because they have both proven, time and time again, that they cannot be trusted.” Continue Reading….