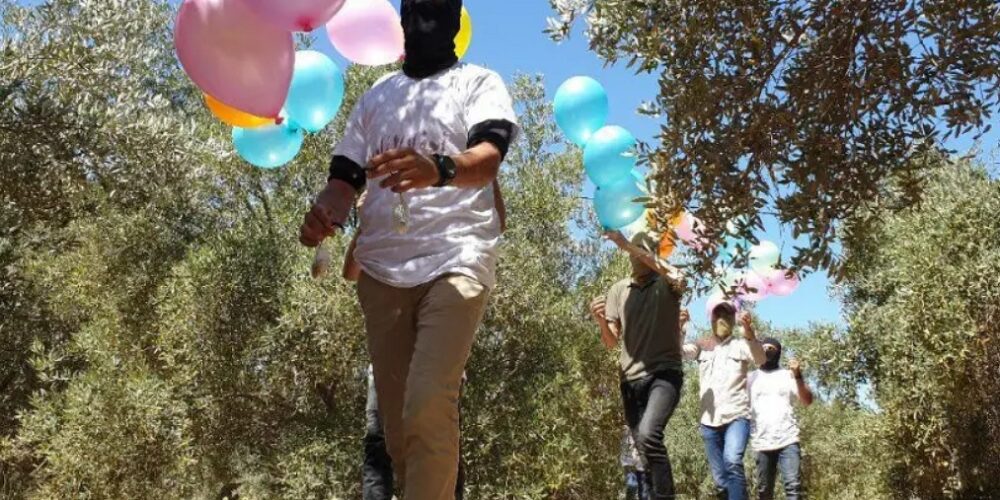 Egypt has demanded that Hamas and other Palestinian groups stop the incendiary balloon attacks on Israel, Palestinian sources said on Wednesday.

Senior Egyptian intelligence officials contacted leaders of Hamas and Palestinian Islamic Jihad (PIJ) and warned them that the continued attacks on Israel could lead to an all-out military confrontation in the Gaza Strip, the sources said.

Leaders of the two groups may also be invited to Cairo in the coming hours for urgent discussions with Egyptian officials on ways of averting another war in the Gaza Strip, the sources revealed.

The Egyptian officials said that they were also in contact with Israel to calm the situation and prevent a further deterioration in wake of the latest incendiary balloon attacks from the Gaza Strip, a source close to Hamas and PIJ said.

The Hamas and PIJ leaders told the Egyptian mediators that Israel’s failure to ease restrictions imposed on the Gaza Strip was the main reason behind the decision to resume the firing of the balloons towards Israel, the source said. “The Egyptians said they would raise the issue with Israel in the coming hour, but demanded that Hamas and all the Palestinian factions instruct the balloon units to immediately stop the attacks on Israel,” the source added.

Ismail Radwan, a senior Hamas official in the Gaza Strip, confirmed that his movement was in contact with Egypt regarding the current tensions, but did not provide further details. Radwan accused Israel of “foot-dragging” with regards to understandings reached between Hamas and Israel to ease restrictions imposed on the Gaza Strip.

The understandings were reached between the two sides several months ago under the auspices of Egypt, Qatar and the United Nations. Continue Reading…