The predicament of Liberal American Jews 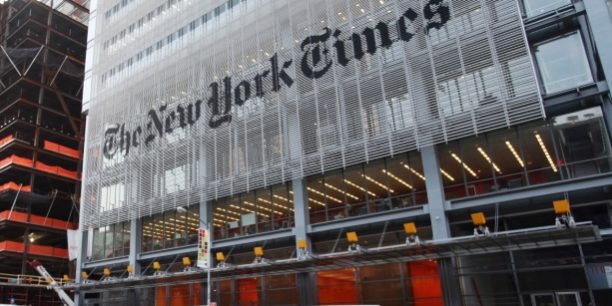 In under a week, two events happened at The New York Times—the arbiter of liberal news and opinion—which highlight the growing precariousness of the American Jewish community’s position in the Democratic Party.

On July 8, the Times published an op-ed by Peter Beinart, a far-left American Jewish writer and self-anointed spokesperson for liberal Jewish opinion on Israel.

Beinart’s article, entitled, “I no longer believe in a Jewish state,” argued that Israel no longer has a right to exist. It should be destroyed and replaced by a non-Jewish state. Beinart ended his article by urging American Jews to get over their Holocaust-induced fear of genocide and join him in his rejection of Jewish national rights.

To be clear, Beinart’s position is anti-Semitic.

The Obama administration adopted the definition of anti-Semitism published in 2016 by the International Holocaust Remembrance Alliance (IHRA). IHRA’s definition includes a list of common manifestations of anti-Jewish bigotry. Among those manifestations are, “Denying the Jewish people their right to self-determination, e.g., by claiming that the existence of the State of Israel is a racist endeavor.”

Beinart’s declaration that he has joined the jackals came as no surprise to those who had been paying attention. For the past decade, Beinart has been arguing that Israel’s right to exist is contingent on its willingness to satisfy his American Jewish preferences. In his Times article, Beinart proclaimed that Israel is not delivering the goods. So as far as he is concerned, Israel needs to stop existing.

This is the case because for the better part of the past decade, Beinart has served as a weathervane of leftist opinion on Israel and Jews, and as a fig leaf for leftist anti-Semitism.

In 2012, Beinart began advocating on behalf of the campaign to boycott, divest and sanction Israeli Jewish businesses, institutions and communities in unified Jerusalem and Judea and Samaria (the West Bank), and products produced by Israeli Jews in those areas. His position earned him a prominent spot as the go-to Jew in the progressive camp.

Beinart’s decision to move from boycotting some Israeli Jews and some parts of Israel to rejecting Israel’s right to exist in any borders was not a function of a shift in liberal Jewish opinion. It was a reflection of the shift in opinion regarding Jews and the Jewish state on the political Left in America.

To get a sense of just how inhospitable the political Left and the Democratic Party have become to liberal, pro-Israel American Jews, it is worth considering the source Beinart furnished to present his bigoted view as an expression of progressive opinion in America.

Beinart linked to a survey of U.S. opinion of Israel and the Palestinians conducted in 2018 by Shibley Telhami at the University of Maryland. The survey found that 42 percent of Americans aged 18 to 34 support Israel’s destruction and replacement with a non-Jewish state. 55 percent of Democrats (and 19 percent of Republicans) believe the Israeli government has too much influence on U.S. politics and policies. Continue Reading….