French Consul ‘too vague’ on issue of legitimizing Arab terrorism 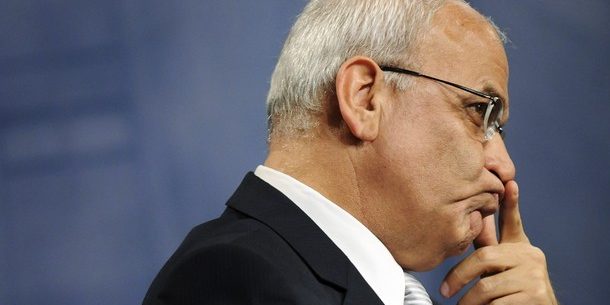 Failure by the French Consul to condemn Palestinian calls for terrorists to be released from jail endangers Israeli lives by legitimizing terror as a weapon in the Israeli-Arab conflict, an NGO told The Jerusalem Post.

French Consul-General, René Troccaz, recently met with PLO Executive Committee Secretary and Chief Negotiator Saeb Erekat, where, according to the official PA daily newspaper Al-Hayat Al-Jadida, Troccaz is said to have agreed with all of the PA’s demands for peace, including a return to the 1967 borderlines, a Palestinian capital in East Jerusalem, and the release of all Palestinian prisoners from Israeli jails, including terrorists responsible for deadly terror attacks.

According to a translation by Palestinian Media Watch, on July 3 the newspaper reported: “During a meeting between Erekat and French Consul General René Troccaz, … the French consul general emphasized his country’s absolute rejection of annexation, and demanded to cancel it and begin a credible peace process on the basis of international law, the international bodies, and the defined agreements and sources of authority in such a way that will guarantee the end of the occupation, the realization of the independence of the State of Palestine whose capital is East Jerusalem within the 1967 borders, the resolution of the permanent status issues – foremost among them the issue of the refugees based on Resolution 194, and the release of the prisoners.”

Resolution 194 guarantees right of return for Arabs who left Israel during Israel’s War of Independence, and their descendants, now amounting to some 5.5 million people, and stipulates that compensation must be paid to those who choose not to return.

A spokesman from the Consulate General of France in Jerusalem told the Post in an email: “These reports are inaccurate. The French position is public and well known. We will not further comment on this official’s bilateral talks.” Continue Reading….