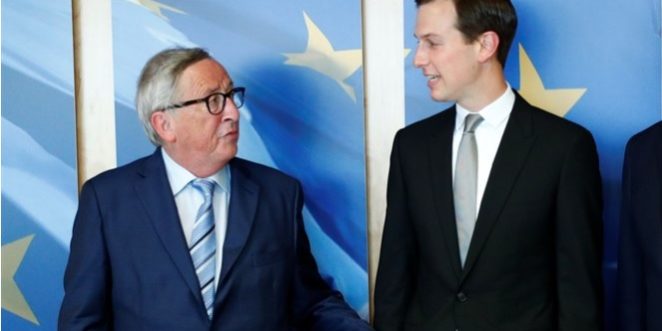 Senior aides to US President Donald Trump on Tuesday began discussions on the administration’s position on Israel’s planned annexation of parts of the West Bank, a US official and a person familiar with the deliberations told the Reuters news agency.

A Channel 13 news report last week said Friedman, who flew back to the US for the meetings, strongly backs Netanyahu’s declared intention to go ahead with the move now, but Kushner was said to be more ambivalent.

Trump did not attend the Tuesday meeting, but may play a more active role in the talks later in the week, American sources told Reuters.

The officials instead held what one source called “informal internal discussions,” with no decisions reached at the conclusion of the meeting. A US official said that Kushner participated in the discussions before leaving on a trip to Arizona with Trump.

Officials in the Trump administration are set to decide this week on whether to approve Prime Minister Benjamin Netanyahu’s declared plan to start annexing the 132 West Bank settlements and the Jordan Valley — the 30 percent of the territory allocated to Israel under the administration’s Israeli-Palestinian peace plan.

Netanyahu has vowed to begin the process as early as July 1. However, US enthusiasm for such a move has appeared to cool amid vociferous opposition from American allies in the Middle East. Continue Reading….