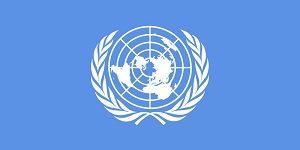 Palestinian women and human rights organizations are under attack by Hamas and other Islamic groups and figures for supporting a new family protection bill that is currently being drafted by the Palestinian Authority (PA) government.

The PA’s Ministry of Women’s Affairs says the proposed law would amend the penal code to establish a minimum age for marriage, review current legal protections for victims of domestic violence, impose harsher penalties on perpetrators, and train the police force in assisting victims.

For many Palestinians, particularly Islamists, the proposed law is like a red rag to a bull.

Several Palestinian political and religious figures and groups have strongly condemned the proposed law as “un-Islamic” and called on the PA not to endorse it. Alarmed by the fierce opposition and public outcry, the PA government has been reluctant to approve the controversial bill.

The Palestinian Independent Commission for Human Rights (ICHR) said it was following the controversy surrounding the draft law to protect families from domestic violence, as well as the attacks on those who support the bill.

ICHR said that passing a law to protect the family from violence “is a national requirement and a societal need to confront the increasing family violence that amounts to killing in many cases, especially against women.”

“This type of crime requires special legislative interventions that take into account the conditions of our society, in order to provide protection for all family members and specifically women, children, persons with disabilities and the elderly, according to procedures that guarantee privacy and maintain the community fabric.”

Noting that the proposed bill would “enhance family values ​​and respect for their unity,” the human rights group expressed concern over the campaign of incitement waged against women and human rights activists who are working to advance the law. ICHR pointed out that Palestinian female lawyer Khadija Zahran is among those who have been bullied and threatened for supporting the law.

The Palestinian Women’s Affairs Team group condemned the “ferocious attack” against by Palestinian feminists who are calling for the passage of the law to protect families from violence.

In a statement, the group denounced the campaign of threats, bullying and defamation against feminist activists, women lawyers, and human rights advocates who voiced support for the draft law:

“This campaign is a form of violence and a flagrant violation of the right of individuals to express an opinion, an expropriation of rights, and an attempt to impose opinion by force.” Continue Reading….