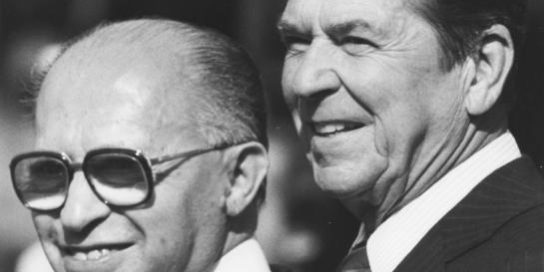 In the coming weeks, Israel will embark on one of the most momentous decisions in its modern history as it moves forward with the annexation of parts of Judea and Samaria, our historic heartland.

Just 53 years after the liberation of these areas, when the Jewish people were reunited with our precious patrimony after 19 centuries, we will finally take the step that should have been taken long ago and formally incorporate some or all of the territory into the Jewish state.

At this stage, many of the details still remain unclear, leading to a public and very vocal debate on the right as to whether to embrace or spurn the move, which is but one component of US President Donald Trump’s proposed “deal of the century.”

As with many such debates, this has largely devolved into two competing camps. There are those who call for accepting Trump’s plan, saying that the extension of sovereignty to all of the Jewish communities in Judea and Samaria, and its recognition by Washington, is worth paying the price of establishing a Palestinian state.

Others categorically reject such a position, arguing that under no circumstances can Israel agree to forgo any part of Judea and Samaria, and certainly not if it means assenting to the creation of a hostile Palestinian entity next door. Hence, they argue, it would be best to forgo the extension of sovereignty altogether.

Personally, I believe that both sides are mistaken. There is a third way for Israel to advance, one that would require a great deal of fortitude and determination but would bring about the best possible outcome of all.

Simply put, it is, “Yes to annexation, no to a Palestinian state.”

There is no compelling moral, historical or political reason why annexation in whole or in part should be made contingent on agreeing to the creation of a Palestinian entity, which would pose an existential threat to the Jewish state.

And there is no reason why Israel must accept such a condition, even if it is part and parcel of Trump’s plan.

Yes, Donald Trump has demonstrated himself by far to be the best friend that Israel has ever had in the White House. No rational observer can or should claim otherwise. Continue Reading….