Netanyahu, Gantz, Ashkenazi meet US envoy, amid differences on annexation 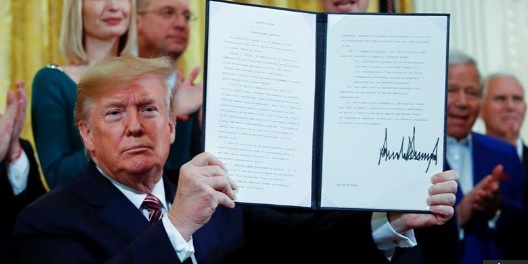 Friedman has met with all the senior politicians several times, though this may be the first summit when they are all present together to hash out the subject.

Washington has reportedly been pressuring Netanyahu to only move ahead with the controversial move if Gantz and Ashkenazi agree, lending the step extra legitimacy as representative of an Israeli consensus. Gantz and Ashkenazi both publicly back US President Donald Trump’s “Peace to Prosperity” plan, but have not endorsed Netanyahu’s planned unilateral annexation of territory allocated to Israel under the proposal. Still, Gantz was last week quoted as telling settler leaders, “What’s being offered to you, take. As for the rest, you can deal with it later.”

Channel 12 said several options were being discussed in what it called Sunday’s “fateful” meeting, including partial annexation or postponing the move.

Policymakers and diplomats in Washington are increasingly warning that the Israeli government’s plans to annex parts of the West Bank, backed by the US, would spark a crisis and damage the possibility of a two-state solution to the Israeli-Palestinian conflict.

With Netanyahu’s July 1 start date fast approaching, multiple stakeholders in the conflict pleaded with the Trump administration and members of the US Congress last week to oppose Netanyahu’s vow to unilaterally extend Israeli sovereignty to the settlements and the Jordan Valley — the 30% of the West Bank allocated to Israel under the Trump peace plan.

The American Israel Public Affairs Committee (AIPAC) told members of Congress last week that it has no objection to them criticizing Netanyahu’s annexation plans, according to the Jewish Telegraphic Agency. The pro-Israel lobby usually works assiduously to discourage any criticism of Israel.

Under a coalition deal between Netanyahu and Gantz signed last month, the government can pursue annexation backed by the US starting July 1. The Trump administration has indicated it will not oppose Israeli moves to annex lands that would become part of the country under its peace plan, which conditionally envisions a Palestinian state on the remaining some 70 percent of the West Bank, pockmarked with Israeli settlement panhandles and enclaves. Continue Reading….