Israel’s Control of Judea & Samaria – a Prerequisite for Security 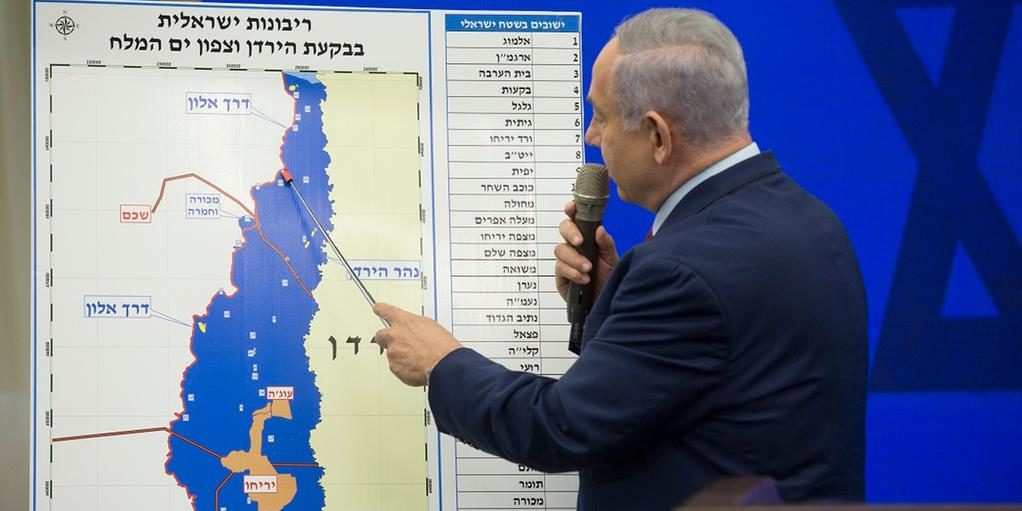 The eastern mountain ridge – facing Jordan and Iraq – is the most effective tank barrier in the war-ridden region. The western mountain ridge could become a platform to intensified Palestinian terrorism, targeting Israel’s 9-15-mile soft belly along the Mediterranean, and dooming this congested area to worse terrorism than the one inflicted by the Gaza-based Hamas.

Israel’s control of the mountain ridges of Judea and Samaria – rather than a Palestinian state – is a pivotal national security prerequisite in view of the 14-century-old intra-Arab Middle East reality: extreme volatility, violent intolerance, lack of peaceful-coexistence, repressive tenuous regimes, shifty policies and precarious agreements.

Such a tectonic reality requires Israel’s secure boundaries to respond to bad, worse and worst-case unpredictable scenarios. Therefore, Israel’s national security cannot be based on peace accords, which could be as fragile as the regimes which conclude them. Israel’s national security must be based on the capabilities to withstand unforeseeable and violent regime change (e.g., Tunisia, Libya, Egypt, Yemen and Iraq) and the potential abrogation of peace accords. Thus, in 1979, Iran was transformed from a close ally of the US and Israel to their most ferocious enemy. Similar turbulence in Jordan – which must be avoided with the assistance of the US and Israel – could transform Jordan into a chaotic platform of regional and global terrorism, which would critically upgrade the significance of the dominant mountain ridges of Judea and Samaria.

Moreover, secure boundaries must generate a posture of deterrence, while providing Israel with the 48 hours required – upon a surprise attack, as in the 1973 War – to deploy the country’s reserve units, which amount to 70% of Israel’s military corps. The critical reliance on reserve combat units highlights the strategic difference between the Sinai Peninsula (22,000 square miles and bordering the sparsely populated high grounds of the Negev, providing Israel with 50 hours to mobilize the reservists) and Judea and Samaria (2,200 square miles and adjacent to Israel’s major population centers, providing Israel with 5-10 hours). Therefore, Israel could afford to retreat from the Sinai Peninsula, but cannot afford to give up control of the mountain ridges of Judea and Samaria.

Furthermore, in 1967, Israel destroyed the military infrastructure of Egypt, Syria and Jordan; but in 1973, Israel escaped annihilation by the surprise Egypt-Syria offensive, largely, due to its control of the high grounds of the Sinai Peninsula, the Golan Heights and Judea and Samaria.

Israel’s lack of geographic depth has dramatically enhanced the role played the topographic high-ground of Judea and Samaria in the era of high military technology. For instance, while a technological edge is tenuous and could be jammed and overtaken by superior technologies, the topographic edge is permanent and cannot be jammed. While advanced combat planes and missiles can cause much destruction to enemies (but have been unable to destroy terrorism in Afghanistan, Iraq, Syria, Lebanon and Gaza), armored units and ground troops vanquish enemies, as was demonstrated during the two Gulf Wars in 1991 and 2003. Moreover, the more advanced the military technologies of one’s enemies, the higher the importance of one’s high grounds to minimize terrorism and fend off swift unexpected military attacks.

In an August 14, 2008 memorandum for the US Joint Forces Command, US Marine General James Mattis wrote: Israel’s failed 2006 war against Hezbollah terrorists in Lebanon was a derivative of a flawed assumption that terrorists could be defeated by heavy precision air bombing and a small ground force. “This type of thinking runs contrary to historical lessons and the fundamental nature of war.”

A Palestinian state in Judea and Samaria would transform Israel from a national security producer to a consumer of national security; from a strategic asset of the US to a liability; from a deterring entity to a most vulnerable entity, plagued by unprecedented terrorism in its soft belly of Jerusalem and the densely-populated coastal plain.

Category: Judea and SamariaBy The Jerusalem ConnectionMay 21, 2020Leave a comment