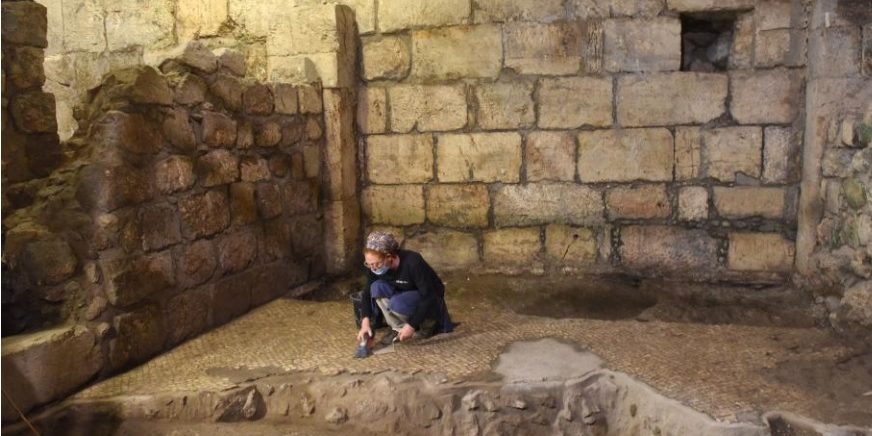 Archaeologists have uncovered a 2,000-year-old underground compound near Jerusalem’s Western Wall that hasn’t been seen in generations, officials said Tuesday.

The Israeli Antiquities Authorities said the compound — which has an open courtyard, two rooms and several household objects — had been sealed during the Byzantine period some 1,400 years ago.

Experts said it’s the first time such a system has been uncovered near the Western Wall and could reveal what life was like in Jerusalem before the Second Temple was destroyed in 70 AD.

Researchers say the complex was likely used by Jerusalem residents during the early Roman period. The system was sealed beneath the floor of a large and impressive structure from the Byzantine period, “waiting for some 2,000 years to be discovered,” the Western Wall Heritage Foundation said.

“This is a unique finding,” said excavation directors Barak Monnickendam-Givon and Tehila Sadiel. “This is the first time a subterranean system has been uncovered adjacent to the Western Wall.”

“You must understand that 2,000 years ago in Jerusalem, like today, it was customary to build out of stone. The question is, why were such efforts and resources invested in hewing rooms underground in the hard bedrock?”

Students from a pre-military preparatory program in Jerusalem working in cooperation with the IAA assisted in uncovering the location under the Beit Strauss complex.

Mordechai Eliav, director of the Western Wall Heritage Foundation, said the finding should add to what researchers now know about Jerusalem.

“I am excited, on the eve of Jerusalem Day, to reveal to the Jewish nation a new treasure trove of impressive and fascinating findings that shed light on life in Jerusalem throughout the generations,” Eliav said.

“This finding epitomizes the deep connection of Jews with Jerusalem, their capital. Even when there were physical limitations, prayer at the foot of the remnant of our Temple never ceased, and this is tangible evidence of this.”