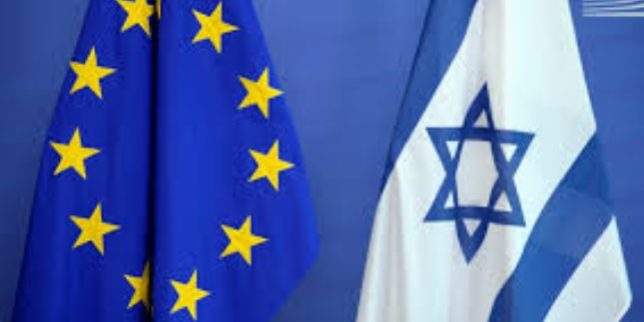 The European Union’s Foreign Affairs Commission is reportedly debating punitive measures against Israel should it push forward with its plans to annex parts of Judea and Samaria and the Jordan Valley in accordance with the Trump administration’s Middle East peace plan.

Sources familiar with the initiative told Israel Hayom that European Union foreign policy chief Josep Borrell is the one pushing for sanctions. Borrell, a Spanish diplomat, is known for his animosity toward Israel. This attitude is currently offset by the positive sentiment expressed toward Israel by Ursula Gertrud von der Leyen, a German diplomat and the sitting president of the European Commission.

The European Union’s charter states that all major foreign policy decisions can be made only by a consensus among the bloc’s 27 member states. It is therefore believed that Israel’s allies in the European Union—Hungary, Romania, Bulgaria and the Czech Republic—will block any major punitive action Borrell may try to promote.

Currently, Sweden, Ireland and Luxembourg are pushing for the harshest response, namely suspending the E.U.-Israel Association Agreement, which regulates relations between the two.

Another potential measure being considered is the exclusion of Israel from Horizon Europe, an ambitious E.U. research and innovation framework slated to run between 2021 and 2027. The program “aims to strengthen the E.U.’s scientific and technological bases, boost Europe’s innovation capacity, competitiveness and jobs and to deliver on citizens’ priorities and sustain socio-economic model and values,” according to its website.

A third scenario may see the European Union pull out of the open skies agreement with Israel, which it has yet to ratify.

Each of these scenarios entail a significant economic impact on Israel.

The E.U.’s foreign ministers are expected to debate the issue in their next meeting, scheduled for Thursday, though it is unlikely a decision will be made at that time, as the session will convene a mere day after the new Israeli government is to be sworn in. Continue Reading….