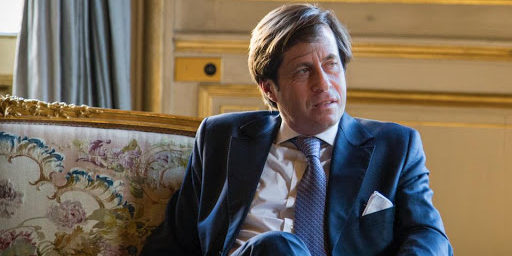 France threatened to change the nature of its ties with Israel, should the nascent government annex parts of the West Bank, in Ambassador to the UN Nicolas de Rivière’s remarks to the Security Council on Thursday.

De Rivière said that annexation “would constitute a blatant violation of international law, which strictly prohibits the acquisition by force of occupied territories.

“Such steps if implemented would not pass unchallenged and shall not be overlooked in our relationship with Israel,” he added.

The remarks at the UN came hours after High Representative for Foreign Affairs Josep Borrell released a statement against annexation without the support of EU member states.

“The EU’s position on the status of the territories occupied by Israel in 1967 remains unchanged,” the statement reads. “The EU does not recognize Israeli sovereignty over the occupied West Bank. The EU reiterates that any annexation would constitute a serious violation of international law.”

Borrell began the statement by saying the EU “takes note” of the coalition agreement between Prime Minister Benjamin Netanyahu and Blue and White leader Benny Gantz, which allows Netanyahu to put forward a vote on settlement annexation by July 1 at the earliest. Borrell also said that the EU is willing to continue cooperation with Israel on fighting coronavirus.

Eight of the 27 EU countries opposed the statement, which an Israeli diplomatic source said that was more than were against any previous EU statement on Israel.

Borrell made similar statements soon after US President Donald Trump announced his peace plan, which includes Israel applying sovereignty to 30% of the West Bank, but at the time said that “steps towards annexation, if implemented, could not pass unchallenged.”

The statement was from Borrell and not member states because Hungary, Austria and several other states took issue with the implied threat in the statement. EU states make foreign policy decisions unanimously.

This time, Borrell once again released his own statement, without the support of EU member states. Borrell said that the EU will “continue to closely monitor the situation and its broader implications, and will act accordingly.” Continue Reading…

Why France Refuses to Prosecute an Antisemitic Murderer
April 22, 2021

Multiculturalism Is Splintering the West
October 12, 2017