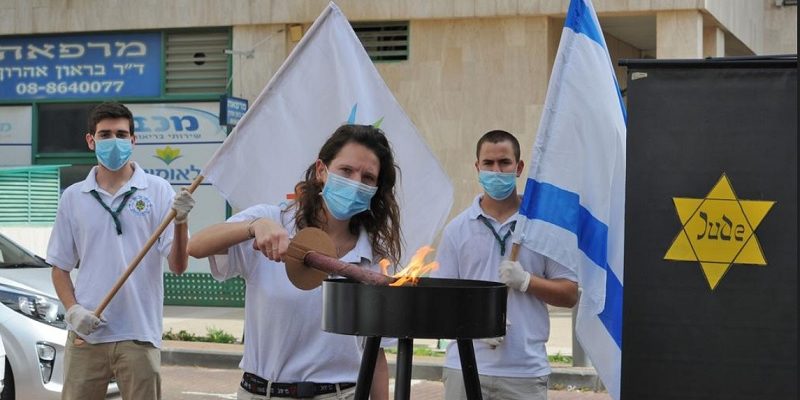 Movement and travel restrictions in place to contain the coronavirus pandemic have forced this week’s Holocaust Remembrance Day – Yom HaShoah in Hebrew – to be exclusively digital for the first time.

In a normal year, symbolic events are organized at various locations, notably with survivors at the sites in Europe where the Nazis built concentration and extermination camps.

This year, testimonials from survivors will be streamed online and featured in a pre-recorded ceremony to be broadcast in Israel by Jerusalem’s Yad Vashem Holocaust memorial center, when Yom HaShoah begins on Monday evening.

The limitations on organizing events this year served as a reminder that in the not-too-distant future ceremonies with survivors will no longer be possible because the last of them will have passed away.

Berthe Badehi, who hid from the Nazis as a child during World War II, has become one of the many Holocaust survivors confined in their homes to evade the coronavirus.

“It’s not easy, but we do it to stay alive,” the 88-year-old said of her current self-isolation at home in Israel.

“One thing I learned during the war was how to take care of myself.”

The Shoah Foundation has developed an augmented reality application to document the journey across Europe endured by many Holocaust survivors.
The foundation is partnering on the augmented reality project with The March of the Living, the prominent educational program that brings young people to the sites of concentration camps. Continue Reading…