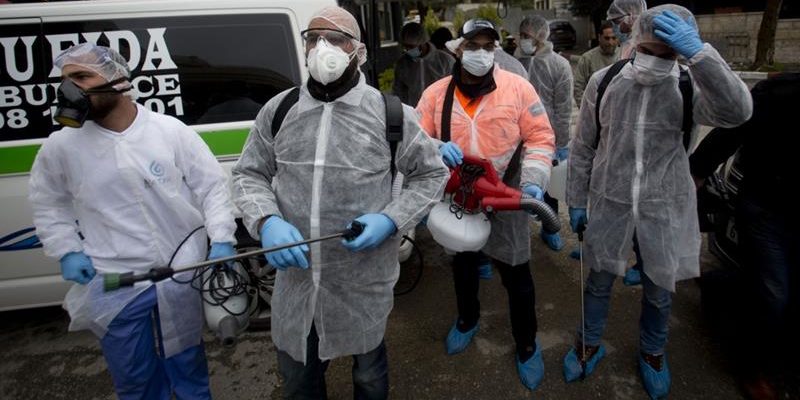 A few weeks ago, officials in Israel’s Health Ministry were calling for Israel to “medically annex Judea and Samaria” for the duration of the coronavirus pandemic. The notion was that while Israel and the Palestinian Authority are separate political entities, from a public health perspective, they are indivisible.

On a practical level, the call was superfluous. From the moment the virus arrived in Israel, the PA’s Health Ministry began cooperating in an unprecedented manner with its Israeli counterpart. The Palestinians followed Israel’s lead on virtually all aspects of the coronavirus fight. Palestinian medical teams received training in Israeli hospitals. Israel provided the PA with testing kits, protective gear, respirators and other vital equipment for fighting the pandemic. Even the Hamas regime in Gaza viewed Israel as the authority for dealing with the virus.

But with all due respect to “medical annexation,” the collaboration between medical professionals didn’t indicate any change of heart on the part of the Palestinian leadership. Both the PLO-controlled Palestinian Authority in Judea and Samaria and the Hamas regime in Gaza are fully capable of simultaneously taking advantage of Israel’s help in fighting the pandemic and using the pandemic as a means to harm Israel. And that is precisely what they are doing.

PA Prime Minister Mohamad Shtayyeh has long been considered a moderate. He was a member of the Palestinian negotiating team with Israel. He is a Western educated academic and a favorite of the European Union. Many viewed PA Chairman Mahmoud Abbas’s decision to appoint Shtayyeh prime minister last year as a sign of moderation.

Alas, the optimism was misplaced.

At a press conference in Ramallah in late March, Shtayyeh propagated multiple blood libels against Israel.

Against IDF soldiers, Shtayyeh alleged, “We have heard testimony that some soldiers are trying to spread the virus through the door handles of cars. It is a case of racism and hatred by people who hope for the death of the other. We will add this to the list of crimes they’ve committed.”

As for Israel as a whole, Shtayyeh accused Israel of using Palestinian workers in Israel as a biological weapon against the Palestinians as a whole. He said Israel wants the thirty thousand Palestinians working for Israeli employers to keep working so that they can get infected with coronavirus and then go home and infect their fellow Palestinians. He added that a resident of his village who worked in Israel returned to the village infected and proceeded to infect twenty of his neighbors with the pandemic.

Rather than thank Israel for acting as it did, Shtayyeh claimed that Israel refuses to help the Palestinians handle the coronavirus epidemic and indeed, is deliberately endangering the Palestinians.

Over the past several weeks, Palestinian Media Watch, an Israeli NGO which monitors the PA’s media outlets has published multiple reports of harsh, anti-Semitic incitement in official PA media and social media outlets. For instance, the Facebook page of the PLO’s Commission on Prisoners Affairs ran a special video clip to mark “Palestinian Children’s Day,” earlier in the month accusing Israel of infecting Palestinian minors in Israeli detention centers. In the “dramatization,” small children in handcuffs were being attacked by a plastic model of the coronavirus. Continue Reading….