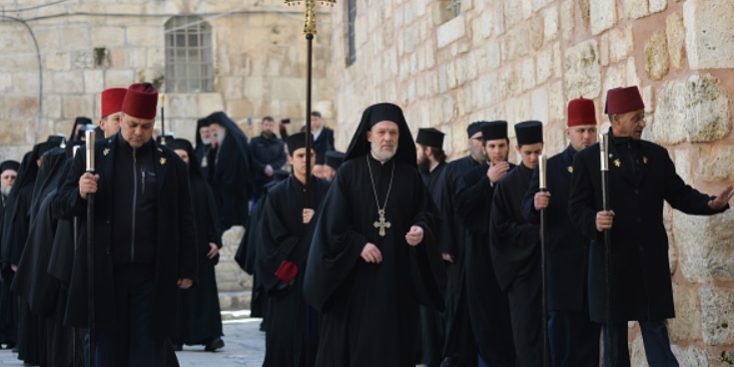 Like everyone who is remaining home to hopefully flatten and slow the Corona Virus, my husband and I search for good ways to fill our time; gardening, daily neighborhood walks, books, old movies, the discipline of both morning and evening prayers, and cooking special meals. Yesterday, we ran across a terrific version of a 1980 movie, “A Tale of Two Cities” based on Charles Dickens’ classic novel. The movie sparked my idea for a devotional for my Facebook page, The Eclectic Evangelical, which I wrote for an American audience and then decided to share it here on my blog in hopes that Christian readers of Times of Israel will find a blessing.

Charles Dickens’ 1859 historical novel still resonates today with perspectives and themes insightful for us during the corona virus pandemic. While Dickens’ novel focuses only on London and Paris prior to the French Revolution, covid-19 is spreading another kind of revolution in most of the world’s nations; a revolution of fear, panic, and uncertainty. Two of the book’s themes are especially relevant today; sacrifice and resurrection.

The opening paragraph, in a matchless use of parallelism for contrast, describes our world right now in 2020.

Reading Dickens’ unusually long paragraph serves to enhance the meaning. We too live in a parallel world that the famous author described. Light and darkness, good and evil, hope and despair live side by side. On the one hand, the virus has thrown a heavy blanket of fear and uncertainty over Americans-and the global community. Massive job loss, suspending school and college classes, cancelled weddings, delayed funerals, travel restrictions, wondering who will get sick or die next, along with endless inconveniences, produce run-away anxiety about an uncertain future. Like Dickens wrote, “…The worst of times.”

On the other hand, Americans have responded with millions of acts of kindness, help, prayers, and encouragement. Churches are mounting food donations, calls to shut-ins and on-line worship and prayer services. Whether it’s an Alabama church which set up a drive-thru for residents to receive the virus test or a church in Tennessee buying grocery store gift cards for those in need, thousands of large and small churches are doing what churches do best…loving people and reaching out with help. The outstanding Christian charity Samaritan’s Purse has set up an expert field hospital in New York City’s Central Park. Celebrity chefs and star athletes are helping pay salaries for laid off staffs at arenas and restaurants. Hundreds of businesses are giving all kinds of goods to heroic medical personnel recognizing their front- line skills. Again, like Dickens wrote “…The best of times.”

We all have a choice. When this crisis is over, I pray we can look back and see that we followed the example of one of Dickens’ main characters, Sydney Carton. Sydney, an attorney, led the life of a hopeless drunkard until he met Lucie, a lovely, compassionate woman who was betrothed to another. After Lucie married, Sydney’s life changed when he purposed to befriend Lucie’s husband, father, and daughter. One of the pinnacles of Dickens’ story is Mr. Carton’s decision to sacrifice his own life so that Lucie’s husband could live, and their daughter could have her Daddy. Mr. Carton was sentenced to the French Guillotine. His redemptive act rests in his last words before death: “It is a far, far better thing that I do than I have ever done. It is a far, far better rest that I go than I have ever known.” May we purpose to live heroically as best we can in whatever circumstances we face. And pray that at the end of this period of time, we can all look back and claim that we have done “a far, far better thing …than we have ever done.” For ourselves, our families, our friends, our nation.

None of us will go to a guillotine like Mr. Carton, but this is exactly what our Lord Jesus did for us when Roman soldiers nailed Him to the tree. He chose to take our place. He chose to take the penalty we deserved for our sinful state. He chose to die so that we could live a better life on earth and an eternity in Heaven. His resurrection made it a reality. We will remember an unusual Holy Week 2020 for the rest of our lives but if we lift high the banner of God’s love and sacrifice in our homes nothing can overshadow the sacraments of Holy Week as we honor Jesus’ life, death, and resurrection. Not Covid-19, Not panic, Not uncertainty. Not fear.

“For God so loved the world that He gave His only begotten Son, that whosoever believeth in Him should not perish, but have everlasting life.” John 3:16

Category: Feasts and festivalsBy The Jerusalem ConnectionApril 5, 2020Leave a comment