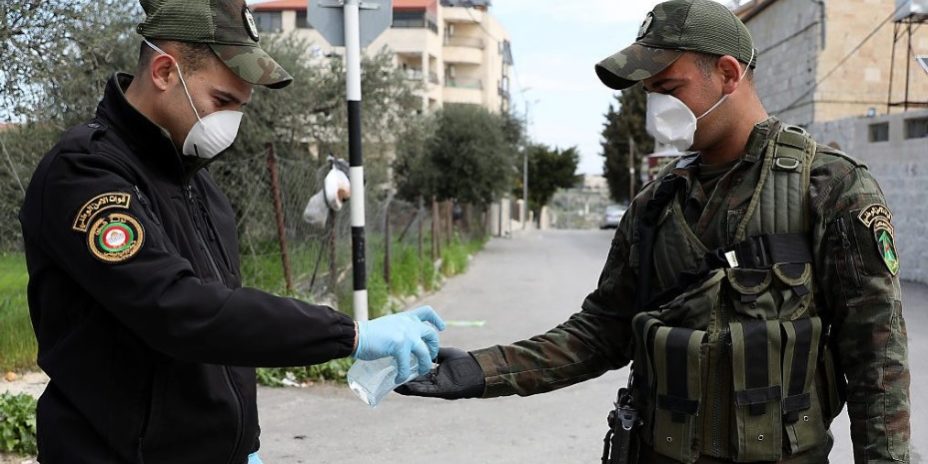 Israel and the Palestinian Authority have reportedly set up a joint headquarters to combat the coronavirus outbreak, a Palestinian official revealed Wednesday. An Israeli Defense Ministry official confirmed the statement but did not elaborate.

“Our shared borders and relations do not leave room for hesitation over the need to take severe measures and cooperate on the highest levels to prevent the spread of the virus,” PA government spokesman Ibrahim Milhem told reporters in Ramallah.

The PA said Wednesday that the number of confirmed COVID-19 cases in the West Bank currently stands on 44. It said three new cases were discovered near Bethlehem prompting the Palestinian security forces to impose a curfew on the town.

Also on Wednesday, Israel imposed a closure on the West Bank as part of the effort to curb the spread of the coronavirus.

Yotam Shefer, an official with the Office of the Coordinator of Government Activities in the Territories, told reporters that the decision to impose a closure was made in conjunction with the Ramallah-based Palestinian government.

Israel’s border crossings with the Gaza Strip have also been closed, Shefer noted.

COGAT’s directive allows the 70,000 Palestinians in the West Bank who have work permits in Israel, three days to either enter Israel with the understanding that they will have to remain there for as long as two months, or remain in the West Bank.

The PA government has reportedly made a similar announcement.