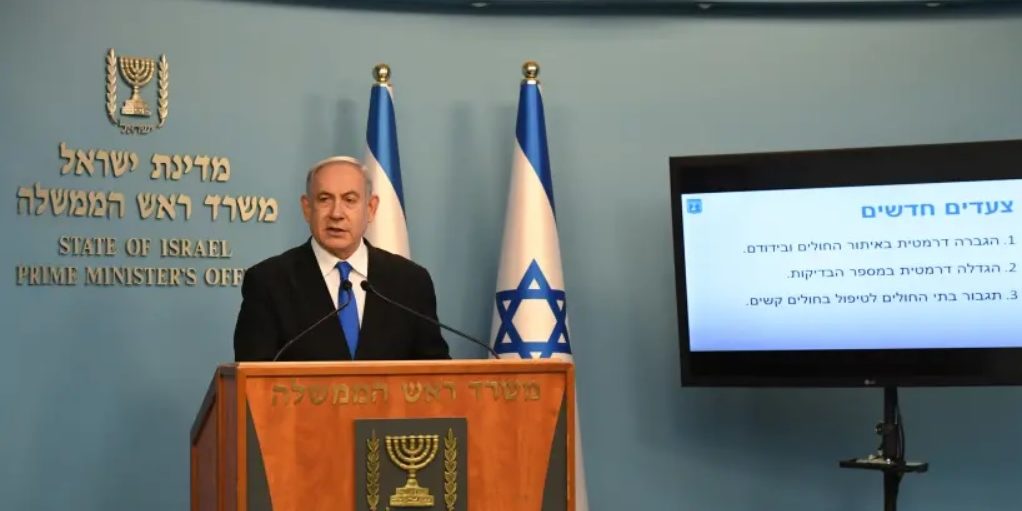 Internal Security Minister Gilad Erdan warned Wednesday that he had instructed the heads of Israel’s emergency services to prepare for an “inevitable” nationwide curfew in the coming days as the number of confirmed cases of coronavirus began to soar.

“I have instructed the internal security bodies, first and foremost the police, to prepare for a total curfew on the streets of the country – a very difficult decision, but in the current situation it appears to be unpreventable,” Erdan said in a report on Israel Army Radio.

“It is preferable that we will take hard steps for a short time in order to speedily defeat the coronavirus and prevent incidents of death,” Erdan said.

Enforcing the closure means that police officers on the streets will enforce the ban on leaving the home unnecessarily, Kan Radio news reported.

The Ministry of Health said that as of Wednesday morning there were 427 confirmed coronavirus infections in Israel. That number is more than double the cases three days ago, and a week ago the country only had 76 infected patients.

Prime Minister Benjamin Netanyahu repeatedly urged Israelis to stay at home and avoid contact with other people in order to stop the spread of the virus that is causing havoc around the world.

In a blunt message to Israelis on national television, Netanyahu warned Israelis Tuesday that the entire country faced a pandemic that is a “matter of life and death,” and that additional severe measures could be expected as the virus spread.

Israel has already shut down most air traffic in and out of the country, closed its education system and all entertainment venues, restricted gatherings to 10 people and advised citizens to stay two meters (six feet) away from each other, even inside their own homes.