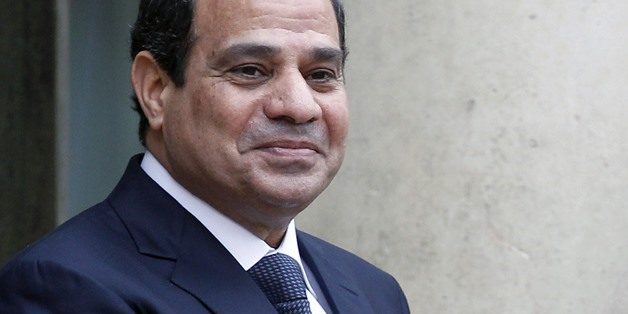 By Ambassador (ret.) Yoram Ettinger, “Second Thought: a US-Israel Initiative”
Islamic traditionalists vs. Islamic reformers
In 2020, a dramatic battle is raging between the traditional, imperialistic school of Islam, which insists on strict adherence to the Quran and Sharia (“divine laws”), on the one hand, and the modernist/reformist school of Islam, which wishes to adjust Islam to the 21st century, by reforming intolerant and violent principles of the Quran, on the other hand.
The traditionalists are led by Sheikh Ahmed al-Tayyeb, the Grand Imam of Cairo’s Al Azhar University, the highest authority of Sunni Islamic learning, which was established in 975 CE, and the pan-Islamic Muslim Brotherhood, the largest Islamic terror organization, which was established in Egypt in 1928. The latter is heavily supported by Turkey’s Erdogan, haunting every pro-US Arab regime and stretching its presence into Latin America and the US.
The modernists – who face a steep uphill battle – are led by Egypt’s President, Abdel Fattah al-Sisi, and the President of Cairo University, Mohamed al-Khosht. They urge Islamic liberalization and modernization.
The January 27-28, 2020 Al Azhar International Conference on Renovation of Islamic Thought, with leading clerics and politicians from 46 Muslim countries, demonstrated the decisive dominance enjoyed by the traditional school of thought in the Arab/Muslim world.
The conference accorded reverence and thunderous ovation to the call by Al Azhar’s grand Imam for the renewal of rigorous obedience to the Quran and Sharia and to his harsh criticism of the modernists. However, there was no applause for the challenging President of Cairo University, who called for replacing some of the traditional Islamic guidelines, which “are suitable for a different age.”  The modernists – most notably President Sisi – maintain that adjusting Islam to the 21st century is a prerequisite to de-radicalize Islamic youth, reduce intolerance and violence, curtail regional turbulence and set Muslim societies on a modern path.
Islamic reality facing Western democracies
In 2020, the conclusion of the January Islamic Conference highlighted the critical intellectual and national security challenge facing Western democracies, which tend to underestimate the clout of the Quran and Sharia in determining the strategy and policies of various Islamic entities, such as Iran’s Ayatollahs, the Muslim Brotherhood, Turkey’s Erdogan, Hamas and the Palestinian Authority.  Are these entities driven primarily by economic interests or by the classic precepts of Islam?
Thus, Western democracies were elated to hear the traditionalist Grand Imam of Al Azhar stating that “Jihad is not synonymous with fighting…” and that “established Sharia bans antagonism for those who oppose the religion ….”  They tend to ignore his assertion that “renewal is in no way possible concerning those texts, which are irrefutable in their certainty and stability .”
Moreover, Western democracies tend to sacrifice reality on the altar of well-intentioned hope. Hence, Islam was introduced in the early 7th century in the Arabian Peninsula town of Mecca, took over the entire Peninsula, expanded throughout the Middle East and Turkey, surged to northwest Africa and Spain, and established itself in parts of Asia and Africa. Was such an unprecedented expansion achieved via peaceful persuasion or the power of the sword?
According to historical documentation, Islamic wars have not been defensive, but rather Jihad-driven offensive. The 14 century expansion of Islam has been energized by wars, terrorism, subversion and other forms of intolerant violence toward “believers” as well as “infidels.”
In fact, in 2020, there has been a resurgence of the 7th century Islamic guidelines, as exercised by Islamic regimes such as Iran’s Ayatollahs, the Moslem Brotherhood, ISIS and Turkey’s Erdogan, which pursue global imperialism in accordance with the Quran and Sharia (“divine laws”). This aggressive Islamic strategy is intensified by the education curriculum in Muslim entities, including the Palestinian Authority.
This strategy is a derivative of the precepts of Islam, as prescribed by the Quran and Sharia (Divine Laws).
For example:
*Islam is the sole legitimate religion, divinely-ordained to rule the globe;
*“Infidels” must submit themselves to the “believers” unconditionally, peacefully or militarily;
*Jihad (holy war) is a prime commitment to Islam, guaranteeing each warrior 72 virgins in paradise;
*Terrorism is aimed at terrifying “infidel” civilians into defeat;
*Accords with “infidels” are non-binding, temporary ceasefires and truces (sulh, hudna) – not end of conflict – to be abrogated once “believers” regain sufficient fire-power;
*Double-speak and dissimulation (Taqiyyah) are legitimate tactics aimed at misleading and defeating “infidels.”
The Western challenge
Will Western democracies persist in allowing their hope for Islamic reform to cloud the skillful use of Islamic dissimulation (as was evidenced by the Western embrace of the 2015 nuclear agreement with Iran’s Ayatollahs; the miscomprehension of the 2010 eruption of the Arab Tsunami; and the misrepresentation of the 1993 Arafat’s supposed acceptance of preconditions for the establishment of the Palestinian Authority)?
Are Western democracies aware of the 1,400 year old supremacy of the precepts of Islam in shaping the policies of rogue Islamic regimes?
Will Western democracies persist in ignoring the centrality of hate-education in bolstering radical Islam, while serving as the most effective incubator of terrorism (e.g., the Palestinian Authority)?
The preservation of Western democracies is jeopardized by the tendency to sacrifice reality and long term interests on the altar of oversimplification, wishful-thinking and immediate gratification.