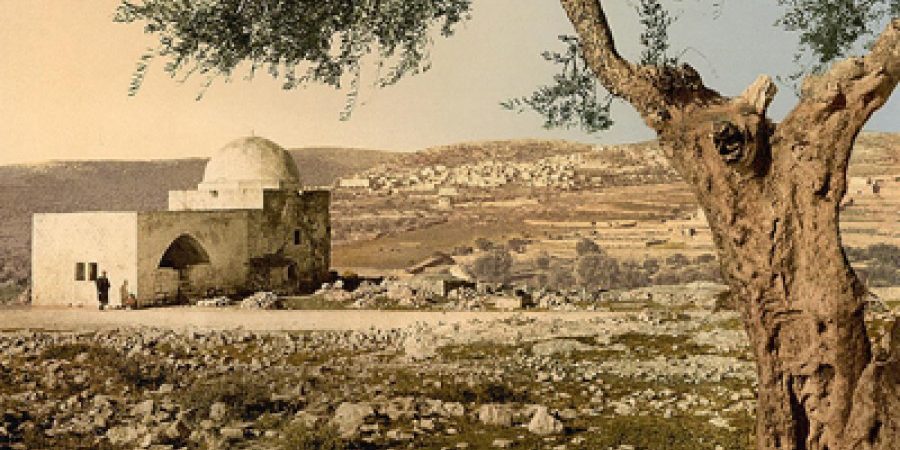 Peace in the Middle East has been historically elusive because Arab hatred of Israel and the Jews is as deep and wide as the universe itself. It’s almost on par with the maniacal hatred the Democrats and the liberal media have for US President Donald Trump.

Less than 30 days ago, the world held its collective breath as the US and Iran seemed on the brink of a major conflict. Trump gave the green light for a targeted, deadly drone attack against an Iranian military commander who was a known terrorist mastermind. Iran threatened retaliation and promised the United States would pay a heavy price.
In response, Trump warned that if even one American, or American asset, were to suffer harm by Iran, then America would attack Iranian cultural sites. This sent the world into a rage. Trump was tried and convicted in the court of public opinion of everything from violating international treaties to committing war crimes. Threatening to attack an Iranian cultural site was akin to setting off an atomic bomb, yet Israel’s cultural and religious sites are physically attacked and desecrated almost daily. It’s a mystery that the world remains silent.
Such widespread hatred for the Jews can only be explained in a spiritual sense. Arabs and Jews are both descendants of Abraham. The Arabs are from Abraham’s son Ishmael born to him of a bondwoman (slave). The Jews came through Abraham’s promised son, Isaac, born of his wife Sarah.
God separated to Himself both a land and a people. The land became known as Israel and the people, being from Judea, became known as Jews. God promised His blessings upon Isaac and his descendants but God also said He would make Ishmael into a great nation but added that he (Ishmael) would be “like a wild jackass, his hand against everyone and everyone’s hand against him, and he shall dwell over against all his kinsmen,” which includes the Jews.
The physical land known as Canaan became the Land of Israel, and it changed hands and boundary lines time and again over the course of history. Many of Israel’s cultural and religious sites are on land currently occupied and governed by the Palestinians.
In the city of Hebron, which today is located in Palestinian territory, is the Cave Abraham purchased as a burial place for his wife Sarah. Tradition holds that Abraham, Isaac, Jacob, Rebecca and Leah are also buried in that cave.
Rachel’s Tomb lies on the northern outskirts of Bethlehem, which is under Palestinian control. It is described in Hebrew writings as, “The building with the dome and olive tree.” This became a Jewish symbol, appearing in drawings, on postage stamps, photographs, artworks and on the covers of Jewish holy books.
Today, however, the little domed structure has been encased in a giant concrete block surrounded by gun positions and guard towers and covered with camouflage netting. Whoever visits the tomb today would find it hard to recognize as the place engraved on Jewish hearts and memories. It has been obscured and desecrated and is not a safe place. Jews can only reach it in bulletproof vehicles under military supervision.
Joseph’s Tomb in Nablus has been attacked on many occasions. It has been set ablaze and desecrated having been used as a trash dump and urinal. But this sort of treatment is not unique to Joseph’s Tomb. Desecrating Jewish holy sites is a widespread Palestinian practice.
The historic “Shalom al Israel” Synagogue in Jericho has also been attacked. Holy books and archaeologically significant relics have been burned, and the synagogue’s ancient mosaic has been damaged.
Hundreds of incidents have been recorded (though not necessarily reported) in which Palestinians from Bethlehem and surrounding Palestinian camps and villages have thrown rocks and Molotov cocktails, and have even shot at Jewish worshipers, pilgrims and Israeli soldiers attempting to visit the synagogue and other Jewish holy sites located on Palestinian occupied land. Is this behavior not worthy to be condemned and punished?
Even today it is often dangerous for Jews to visit the graves of their loved ones buried in the cemetery on the Mount of Olives. Entire sections have been desecrated and the headstones of Jewish graves shattered. Some of the headstones have even been carried off and used by Arabs and Palestinians as paving stones or in construction of animal shelters or other dwellings.
The Palestinians use their real or fictitious religious interests to make political capital for their national campaign against Israel, and the Jews and the world seems to nod in their favor. Plain and simple, this is wrong. Palestinians have not merely threatened to profane Jewish holy sites, they have physically done so in the most egregious of ways. All this and more, and yet the world takes no notice. Trump merely threatens to attack Iranian Muslim sites and suddenly he is a war criminal with a price tag on his head.
The Palestinians have proven that they cannot be trusted to preserve and protect Jewish cultural or religious sites. It makes no sense that the profane should be charged with safeguarding the holy. It’s not right, but it is the modern way because the world has fallen too far to the Left.
The writer is an international Christian broadcaster and journalist who also serves as Israel’s ambassador of goodwill.