“The Deal of the Century” – a Middle East perspective 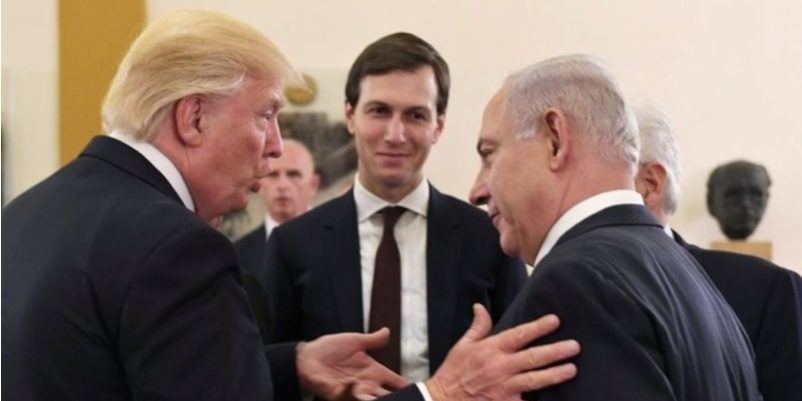 *The Deal of the Century (DoC) demonstrates the US independence of diplomatic action rather than subordinating its interests to the whims of the UN, Europe and the 3rd World.

*The DoC proves that the US is not trapped in the fallacy of moral equivalence and distorting neutrality, which misrepresent reality, undermining US interests.

*The DoC may reveal that the US has realized that the Palestinian issue is not a core cause of Middle East turbulence, is not a crown jewel of Arab regimes, nor the crux of the Arab-Israeli conflict.

*The DoC confirms that the US recognizes Israel as a unique ally, a battle-tested laboratory for the US armed forces and defense industries, and a force multiplier in the face of the threats posed by Islamic Sunni terrorism and Iran’s Ayatollahs’ ballistic, nuclear and terrorist capabilities.

*All prior US peace plans crashed against the rocks of the Middle East. Is the DoC consistent with the ruthlessly uncontrollable and unpredictable Middle East?

*In pursuing the DoC, one should be aware that Western values – including democracy, negotiation, adherence to agreements and peaceful coexistence – do not apply to the Arab/Muslim Middle East, which is characterized by the following 14-century-old intra-Muslim features: no intra-Muslim peaceful coexistence, unpredictability, instability, religious and ethnic fragmentation, violent intolerance, terrorism and subversion, Islam-driven goals and values (including the unacceptance of an “infidel” entity in the “abode of Islam”).

*Middle East regimes are tenuous as are their policies and accords.

*Accords with the “infidel” are non-binding ceasefires (sulh, hudna) until the opportunity arises to overcome the “infidel.” “Believers” are advised to dissimulate (Taqiyya) in order to mislead and overcome “infidels.”

*In the Middle East – where on words one does not pay custom – realistic policies and accords should be based on the bad/worst case scenario, not on a Western-driven good/best case scenario.

*Most of the Middle East is not driven by a desire to improve standard of living, but by religious/ideological visions.

*Concession, appeasement and gestures to rogue elements have added fuel – not water – to the fire of aggression and terrorism.

*A direct correlation exists between the degree of Palestinian sovereignty and the level of Palestinian terrorism. For example, in 1968-70, Jordan provided the Palestinians with an unprecedented platform of operation. Consequently, they triggered a civil war, attempting to topple the pro-US Hashemite regime. During the 1970s, they initiated a series of civil wars in Lebanon. In August 1990, the Palestinians collaborated with Saddam Hussein’s invasion of their host county (Kuwait), which triggered the 1991 and 2003 Gulf Wars.

*The Middle East erratic reality, on the one hand, and the assumption that a Palestinian entity could be demilitarized and de-terrorized, on the other hand, constitute a classic oxymoron.

*The Palestinians have been agitated by the existence – not the size – of the Jewish State, as documented by the Palestinian education curriculum and the 1959 and 1964 covenants of the Fatah and PLO, which supersede the Palestinian Authority. They call for the “liberation” of the pre-1967 area of Israel.

*Arabs shower the Palestinians with generous talk, but no effective walk, due to their terrorist track record in Egypt, Syria, Jordan, Lebanon and Kuwait.

*In October 1994 Jordan’s military commanders advised their Israeli counterparts: “That which the Palestinians sign in the morning they tend to violate by the evening.” They added that “A Palestinian state west of the Jordan River would doom the pro-US Hashemite regime east of the River.”

*Former Egyptian President, Hosni Mubarak (1981-2011): “Jordan’s King Hussein does not want a Palestinian state; Egypt, Saudi Arabia and the UAE are not concerned about the Palestinians….”
Former Egyptian President Anwar Sadat (1970-1981): “Do I want a Palestinian state? Why should I want another Soviet base and another member of the Rejectionist Front?”
(“No More War”, Israel’s first Ambassador to Cairo, Elihu Ben Elissar, 1995, pp. 196, 207, 209).

*In 1948/49, Israel’s first Prime Minister, Ben Gurion, unilaterally applied sovereignty to West Jerusalem and large parts of the Negev and the Galilee, in spite of US and global opposition. Ben Gurion’s defiance established the foundation for the most capable, reliable and systematic strategic ally of the US.

*In the aftermath of the 1967 Six Day War, Israel’s Prime Minister Eshkol united the city of Jerusalem, notwithstanding rough US and global opposition.

*In December 1981, Israel’s Prime Minister Menachem Begin asserted the Israeli law in the Golan Heights despite brutal pressure by the US, including the suspension of a major strategic pact. Begin’s decisive action bolstered the national security of the pro-US Hashemite regime of Jordan, which was lethally threatened by the pro-USSR Syria.

*In June 1981, Israel destroyed Iraq’s nuclear reactor, notwithstanding brutal US opposition. Begin’s unilateral action spared the US a nuclear confrontation in January 1991.

*Israel must maintain independent national security action. A unilateral application of Israeli sovereignty to the Jordan Valley, and additional parts of the mountain ridges of Judea and Samaria, would reinforce Israel’s posture of deterrence. It would, therefore, enhance Israel’s position as a major force-multiplier for the US and the most reliable “life insurance agent” of all pro-US Arab regimes, who face the lethal threats of Iran’s Ayatollahs, the Muslim Brotherhood and ISIS. Such a step does not have to be part of a package, which includes a Palestinian state.