Holding Hostage the Memory of the Jewish Dead 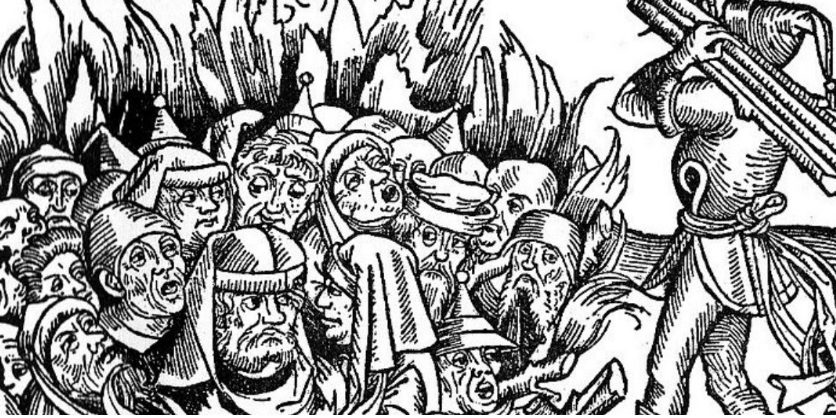 A profound and bitter battle between Israel and Poland has been brought to crisis point by the 75th anniversary of the liberation of Auschwitz, which is being commemorated by world leaders this week at Jerusalem’s Yad Vashem and next week at Auschwitz itself.

The roots of the row lay in remarks made last December by Russian President Vladimir Putin. He claimed that Poland helped start World War II, and accused it of being an antisemitic country that had welcomed Hitler’s plan to liquidate Europe’s Jews.

A few days later, Polish Prime Minister Mateusz Morawiecki hit back. “Without Stalin’s complicity in the partition of Poland, and without the natural resources that Stalin supplied to Hitler, the Nazi German crime machine would not have taken control of Europe,” he said.

This dispute escalated when the Polish President, Andrzej Duda, wasn’t invited to speak at the Fifth World Holocaust Forum at Yad Vashem on Jan. 23. It had previously been decided that, in addition to Germany, the only speakers would be from the United Kingdom, United States, Russia and France as the four nations that defeated Hitler.

Despite this explanation, Duda decided to boycott the Yad Vashem ceremony on the grounds that he wouldn’t be able to respond should Putin use the event to repeat his accusations against Poland of antisemitism.

The row then escalated still further in salvos of mutual accusations between Russia and Poland, each accusing the other of facilitating or standing idly by Hitler’s assault on Europe and the slaughter of the Jews.

The truth is that both sides are trying to sanitize their highly complex pasts. Both are using their undeniable suffering at the hands of the Nazi regime to absolve themselves of complicity in either Nazi aggression or the onslaught upon the Jews.

The Soviet Union may have made its infamous pact with Germany in 1939 merely as a defensive measure, as Putin has implied. And the Soviet Union was critical to the eventual defeat of Hitler. Nevertheless, that pact gave Hitler the confidence to provoke world war by invading Poland.

The Polish government believes that Putin’s main motive in provoking this row is to weaken Polish influence in the European Union. Warsaw strongly supports maintaining sanctions on Moscow for its annexation of Crimea and has also been fighting a planned Russian gas pipeline.

If Putin, however, was being cynical, Poland’s revisionism has been egregious. Both the Polish prime minister and the head of the Auschwitz museum have declared that the Yad Vashem ceremony shouldn’t have been held at all, with the sole commemoration being the one held every year at Auschwitz.

It is extraordinarily offensive to claim that the State of Israel, which arose from the ashes of the Holocaust, should have no role in commemorating the liberation of the most infamous of the Nazi extermination camps. Continue Reading….