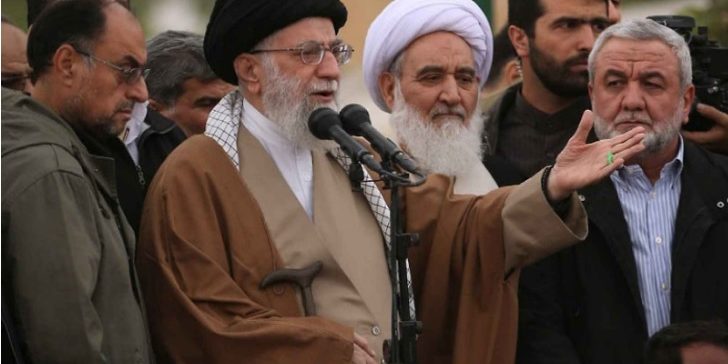 IDF intelligence reported that Iran will have enough uranium for a nuclear warhead by the end of year but President Trump is leading a multinational effort to prevent this from happening.

An article published in Haaretz on Tuesday reported that Israeli military intelligence estimated that by the end of the calendar year, Iran will have 40 kilograms of 90% enriched uranium; enough needed to produce a single nuclear bomb. But the same IDF report notes that Iran is still two years away from developing a missile capable of delivering a nuclear payload.

Last week, President Trump challenged this timeline when, in the midst of confrontations with Iran, he stated simply, “As long as I am President of the United States, Iran will never be allowed to have a nuclear weapon.” The president criticized the Iran deal set in place by his predecessor as enabling, rather than curtailing, Iran’s nuclear aspirations and its “destructive and destabilizing behavior in the Middle East and beyond.”

President Trump has been a maverick, breaking from the pack of world leaders in rejecting the Iran deal. Former President Barack Obama implemented the Joint Comprehensive Plan of Action (JCPOA), known commonly as the Iran nuclear deal, in 2015. The agreement lifted long-standing economic sanctions against Iran in exchange for a shift in Iran’s nuclear program, delaying its production of a nuclear weapon for ten years.

Known as the P5+1, it included the participation of the five permanent members of the United Nations Security Council—China, France, Russia, United Kingdom, United States—plus Germany together with the European Union. The agreement was criticized for containing inadequate measures for verifying Iranian compliance. The JCPOA required Iran to cease its program for intercontinental ballistic missiles which Iran refused to do, claiming its ICBMs were for defensive purposes. Continue Reading….