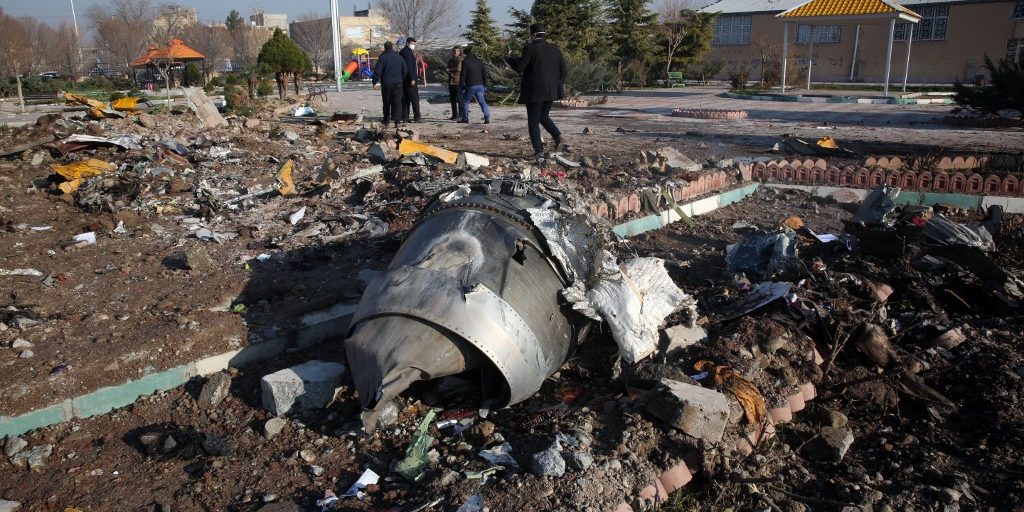 Iran is refusing to hand over for analysis the black boxes from a Ukrainian airliner that crashed near Tehran to the plane’s manufacturer Boeing, Iranian media said Wednesday.

The crash, whose cause is still unclear, came shortly after an Iranian missile barrage on US forces in Iraq.

“We will not give the black boxes to the manufacturer (Boeing) and the Americans,” Iran Civil Aviation Organization head Ali Abedzadeh was quoted by the Mehr News Agency as saying.

The Boeing 737 plane took off from Tehran’s Imam Khomeini International Airport at 6:10 a.m., climbed to 2,400 meters (7,900 feet), then disappeared from the radars and slammed into a field at Khalaj Abad, about 45 kilometers (30 miles) northwest of Tehran.

There were no survivors among the 176 crew and passengers, who were mostly Iranian and Canadian nationals, according to Ukraine’s foreign ministry.

“The two black boxes of the Ukranian 737 aeroplane that crashed this morning have been found,” said the civil aviation authority’s spokesman, Reza Jafarzadeh, according to semi-official news agency ISNA.

Preliminary statements by Iranian and Ukrainian authorities suggested the plane had suffered an engine malfunction, with an Iranian official claiming the engine had burst into flames.

A statement initially posted on the website of the Ukrainian embassy also said the crash was caused by an engine malfunction and ruled out an act of terror, but that statement was later changed to say all information would be provided later by an official commission.

The airline, however, noted the plane was relatively new, in good condition, and had an experienced crew. Continue Reading….