The End of a Jewish Presence in Europe? 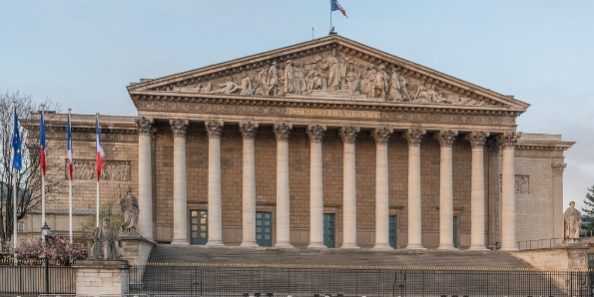 On December 3, the French National Assembly passed a resolution adopting the International Holocaust Remembrance Alliance’s definition of anti-Semitism. The resolution stressed that the definition “encompasses manifestations of hatred toward the State of Israel justified solely by the perception of the latter as a Jewish collective.” MP Meyer Habib, who supported the resolution, delivered a passionate and poignant speech, highlighting the extent of the anti-Semitic threat in today’s France, and the close links between hatred of the Jews and hatred toward Israel:

“Since 2006, twelve French people have been murdered in France because they were Jewish. Although Jews represent less than one percent of the population, half of the racist acts committed in France are committed against Jews. Anti-Zionism is an obsessive demonization of Israel and an abuse of anti-racist and anti-colonial rhetoric to deprive the Jews of their identity.”

He added that getting the votes to pass the resolution was extremely difficult because of a general lack of “political courage” — sadly, a quality often absent in France when it comes to anti-Semitism and Israel.

French political leaders often declare that fighting against anti-Semitism is of utmost importance; they say it every time a Jew is murdered in the country. The only anti-Semitism they seem ready to fight, however, is right-wing anti-Semitism. They seemingly refuse to see that all the Jews killed or assaulted in France since 2006 were victims of Muslim anti-Semites — and French political leaders never utter a word about it. They appear to hide Islamic anti-Semitism — embedded in the Qur’an and Hadiths and reinforced in the 1930s by the Nazis’ friendship with the Grand Mufti of Jerusalem, Haj Amin al-Husseini — under a Muslim hatred of the Jews based on a supposedly “legitimate” Muslim hatred of ‘Zionist crimes'”.

French political leaders also never speak about the way the French mainstream media talk about Israel, or about the consequences of those articles and reports. They constantly — and falsely — describe Israel as an evil country whose soldiers cavalierly kill Arabs on a daily basis and whose citizens “illegally occupy” territories (despite having been there for more than 3,000 years) that might belong to another people whom they cruelly deprive of everything. Continue Reading…..