Are Palestinians Not Entitled to Human Rights? 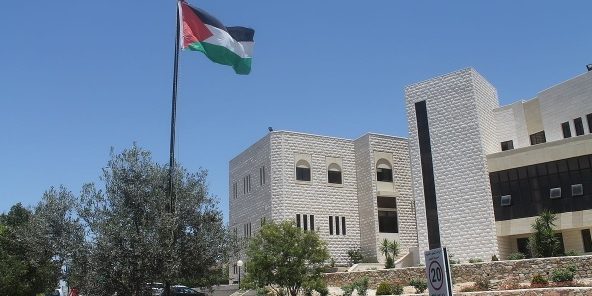 While Palestinian officials repeatedly condemn Israel for violating Palestinians’ freedom of expression, it is actually the Palestinian Authority (PA) that continues to harass, intimidate and detain Palestinians for expressing their opinions on social media or being affiliated with rival political groups. Business as usual.

The most recent accusation came after the Israeli authorities closed the offices of a television production company illegally operating in Jerusalem. The offices were shut in accordance with an Israeli law that bans the PA from operating in Israel, including Jerusalem.

This is also business as usual for the international community and foreign media, which remain complicit in the PA’s effort to keep the world from learning about human rights violations committed by Palestinians against Palestinians. While several Palestinian officials have, as usual, condemned Israel for acting in accordance with the law, as far as PA leaders are concerned, Palestinians who dare to criticize Palestinian leaders or speak about corruption possess no rights whatsoever.

Muhannad Karajeh is a prominent Palestinian lawyer from the PA-ruled West Bank who, for several years, has been defending Palestinians detained by the Palestinians for expressing their views on social media. As such, Karajeh has become quite a headache for the PA and its multiple security forces. The last thing they need is for a savvy lawyer to challenge them on social media and in court.

Recently, Karajeh was informed of intention to prosecute him for allegedly violating the controversial Palestinian Cybercrime Law, which allows the PA to take legal action against anyone who publishes “news that would endanger the integrity of the Palestinian state, the public order or the internal or external security of the State.”Continue Reading…..