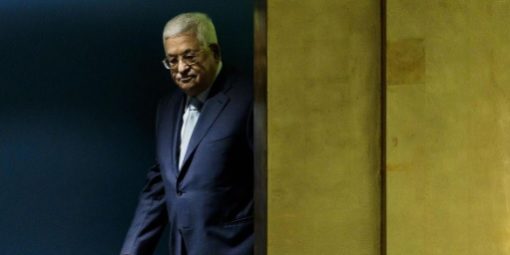 The Palestinian Authority has been a hotbed of corruption and financial mismanagement since its birth in 1993 under Yasser Arafat. This has been an impediment both to Palestinian self-rule and to peace with Israel.

Arafat’s successor, PA President Mahmoud Abbas – now serving the fifteenth year of his four-year term of office – has elevated the crookedness of PA finances to a level even Arafat might admire. The misappropriation of billions in Western by PA cronies – facilitated by a lack of financial transparency or any sort of accountability – makes the realization of Palestinian aspirations more unrealistic by the day.
Thankfully, America has discontinued direct aid to the PA, due to the PA’s insistence on rewarding convicted terrorists under its repulsive “pay-for-slay” program. Israel has reduced its transfer of funds to the PA by the amount used to pay for that despicable program. In response, the PA has for months refused to accept any transfers from Israel less than the full amount it is due – and thus found itself in a financial crisis of its own making.

Moreover, since roughly 40 percent of the PA’s multi-billion dollar budget vanishes into private pockets in Ramallah and beyond, the PA’s financial crisis is also largely an illusion.

For example, over 100 PA employees work for the Central Elections Commission (CEC) – despite the fact that there have been no Palestinian elections since 2006. A few hundred more work for Palestine Airlines – which hasn’t had a flight since 2001, when Israel bombed Gaza International Airport at the height of the Second Intifada. Most of these “workers” are Abbas’s cronies’ clan members, and most never even have to show up to collect their paychecks; direct deposits save them the trouble.

The latest public opinion poll on the question, conducted by the respected Palestinian research group AMAN, shows that over 95%t of Palestinians think the PA is utterly corrupt. This number hasn’t shifted much in recent years, which explains why, in the last Palestinian legislative election in 2006, Hamas – archrival of Abbas’s clique – received a majority in the Palestinian Legislative Council (PLC). Hamas was broadly perceived as less corrupt than Abbas’s group. Read more….