Israel in Judea and Samaria (West Bank) advances US interest 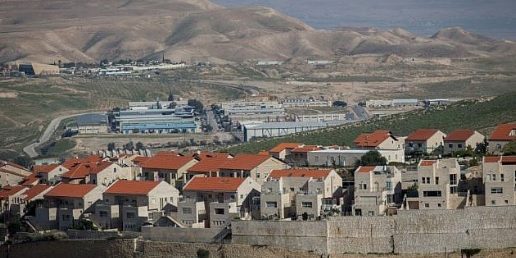 The US position on the future of Judea and Samaria (the West Bank) should be based on US interests in the context of a violent, volcanic, uncontrollable and unpredictable Middle East.

On September 18, 1970, the pro-USSR Syrian military invaded Jordan in an attempt to topple the pro-US Hashemite regime, which would destabilize the regional balance. The invasion was rolled back, largely, due to Israel’s deployment of its military, and Israel’s deterring posture on the Golan Heights and the mountain ridges of Judea and Samaria. Thus, Israel’s posture of deterrence spared the US the need to deploy its own troops (while it was bogged down in the Vietnam quagmire), in order to secure its Jordanian ally, and prevent a devastating ripple effect into Saudi Arabia and all other pro-US Arab Gulf States (at a time when the US was heavily dependent upon Persian Gulf oil).

Israel’s control of the mountains of Judea and Samaria and the Jordan Valley – as well as the Golan Heights – dramatically catapulted its regional position from violence-inducing weakness to violence-deterring strength, reducing regional violence and threats to all pro-US Arab regimes.

Israel’s control of the mountain ridges of Judea and Samaria – the cradle of Jewish history – has transformed the Jewish State from a supplicant and national security consumer to a strategic ally of the US and national security producer. In the words of the late General Alexander Haig (former Supreme Commander of NATO and US Secretary of State), Israel has become the largest US aircraft carrier with no US boots on board, yielding the US a few hundred percent rate of return on its annual investment in Israel.

Israel’s control of the mountain ridges of Judea and Samaria (3,000 ft. above the Jordan Valley and 2,000 ft. above the coastal plain) has considerably bolstered the national security of the pro-US and highly vulnerable Hashemite regime in Jordan. It has transformed Israel into Jordan’s most security-generating neighbor. Israel systematically combats anti-Israel and anti-Hashemite Palestinian terrorists west of the Jordan River, sharing with Jordan vital intelligence on Palestinian and Islamic terrorists in Jordan, and deterring potential assaults on Jordan by rogue organizations and regimes in the north (Syria) and east (Iraq/Iran). Moreover, Saudi Arabia and all other pro-US Arab Gulf States have unprecedentedly expanded their military, intelligence, counter-terrorism and commercial cooperation with Israel, realizing the added-value of Israel’s deterrence in face of the real and clear lethal threats posed by Iran’s Ayatollahs, Islamic Sunni terrorism (e.g., the Muslim Brotherhood and ISIS) and Turkey’s Erdogan.

On the other hand, an Israeli retreat from the mountain ridges of Judea and Samaria, would transform Jordan’s western border (the proposed Palestinian state) into a deadly threat to the Hashemite regime. It would be the straw that would break the back of the Hashemite regime, transforming pro-US Jordan into a Libya/Yemen/Iraq/Syria-like platform of anti-US Islamic terrorism, according Iran’s Ayatollahs an opportunity to extend their reach toward the Mediterranean. Thus, in October 1994, during the Israel-Jordan peace treaty ceremony, top Jordanian military officers shared a crucial message with their Israeli counterparts: “In view of the subversive, terroristic and treacherous Palestinian track record in their relations with Arab states, a Palestinian state west of the Jordan River would doom the Hashemite regime east of the River, boding disaster for Saudi Arabia and all other Arab states south of Jordan and possibly Egypt.” This assessment was a derivative of Jordan’s inherently fragile domestic scene, exacerbated by intensifying external Islamic/Arab threats:

*70% of Jordan’s population are Palestinians. Most Palestinian leaders (e.g., the PLO, Palestinian Authority and Hamas) consider Jordan an artificial entity, claiming title to the whole of British Mandate Palestine, from the Mediterranean to the Iraqi border, of which Jordan is 78%. Hence, the ongoing battle of the Jordanian secret service against Palestinian terrorism and subversion.

*A well-entrenched presence of the Muslim Brotherhood (the largest Islamic Sunni terrorist organization with “human rights” subsidiaries such as CAIR) aims to replace the Hashemite regime, violently, with a Muslim Caliphate.

*Some ISIS veterans of the Syria and Iraq civil wars consider Jordan their home.

*Jordan’s Bedouins (who control the military and homeland security establishments) are deeply fragmented, geographically, tribally and ideologically. Southern (indigenous) Bedouin tribes have displayed tenuous loyalty to the throne, considering the Hashemites “carpetbaggers” from the Arabian Peninsula.

Based on the Palestinian intra-Arab and global rogue track record and the Palestinian Authority hate-education, Israel’s retreat from the mountain ridges of Judea and Samaria would yield another anti-US rogue regime. It would further destabilize the inherently violent, intolerant, unpredictable, unstable and despotic Middle East, providing Russia and possibly Iran naval, air and land rights, and accelerating the flight of Christians from the Bethlehem area.

Ignoring the volcanic Middle East reality, the unique benefits derived from Israel’s control of the Judea and Samaria mountain ridges, and the significant damage which would be caused by the proposed Palestinian state, would resemble a person cutting off his/her nose to spite his/her face.

Israel’s control of the mountain ridges of Judea and Samaria highlights the synergy between the national security of the US and Israel, emphasizing Israel’s military and commercial contribution as the most effective US force-multiplier in the Middle East and beyond.

Category: Judea and SamariaBy The Jerusalem ConnectionNovember 21, 2019Leave a comment