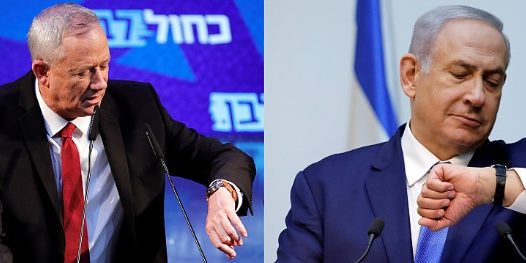 While much of the world screamed at the Trump administration’s announcement that international law does indeed grant Israel the right to Judea and Samaria, Israeli Prime Minister Benjamin Netanyahu took the opportunity to move forward towards redemption.

U.S. Opens the Door and Netanyahu Jumps Right In

As per a campaign promise made before the September 17 election, Netanyahu announced on Tuesday approved a bill that would annex the Jordan Valley. The initiative for the bill actually came from Sharren Haskell (Likud) who, in light of Secretary of State Mike Pompeo’s announcement, requested that the bill be exempted from the mandatory six-week waiting period and be fast-tracked with a Knesset vote held next week. The move would include about 20 percent of Judea and Samaria into Israel.

“There is no reason this important decision shouldn’t pass in the Knesset plenum with a majority of 80 MKs,” Haskell told Makor Rishon.

The vote should go through with ease since Benny Gantz, head of the left-wing Blue and White party, announced two weeks ago that he supported annexing the Jordan Valley and the area adjacent to the Dead Sea. The left-wing party responded to Netanyahu’s campaign promise by saying, “ happy Netanyahu is adopting the Blue and White policy platform.” Gantz is currently in negotiations to form a coalition government. Since he may have to join forces with the Arab parties, he may revise his platform regarding the annexation of the Jordan Valley. Continue Reading…..