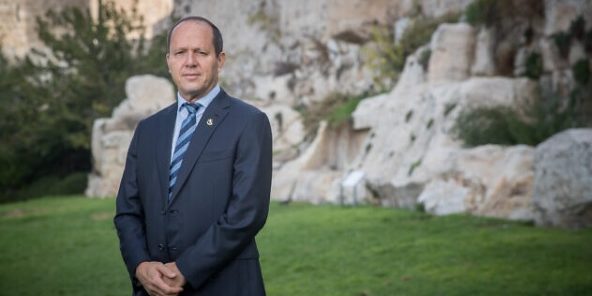 Israel has presented to senior members of the Trump administration a major, long-term economic proposal to employ a quarter of a million Palestinians in Israeli-run West Bank industrial zones, and to develop up to two dozen major West Bank Biblical tourism sites with a focus on Evangelical Christian visitors, Likud MK Nir Barkat, the former Jerusalem mayor who is behind the plan, told The Times of Israel.

Entitled “Developing Win-Win Economy in Judea and Samaria,” the presentation was set out by Barkat to US President Donald Trump’s senior adviser Jared Kushner in the summer, at the direct request of Prime Minister Benjamin Netanyahu.

It has also been seen by the outgoing Trump envoy Jason Greenblatt and the US Ambassador to Israel David Friedman, both of whom “like it,” Barkat said.
Barkat said he believed the proposal could serve as a blueprint for coexistence lasting centuries, and that he would not be surprised to see it included in the much-anticipated Trump administration Israeli-Palestinian peace plan.

“We looked at this not through a political prism, but through the prism of what best works economically,” he added. Nonetheless, the plan aligns with a Netanyahu policy, firmly backed by Barkat, under which Israel will not relinquish overall security control anywhere in the West Bank, and will annex at least parts of Area C, the 60% of the West Bank where Israel maintains full civil and security authority and where all the Jewish settlements are.

“Jobs + Quality of Life = Peace + Security,” the presentation states. Barkat detailed the plan, and provided The Times of Israel with a copy of the presentation, during an interview last week. Continue Reading…

Category: Judea and SamariaBy The Jerusalem ConnectionNovember 19, 2019Leave a comment