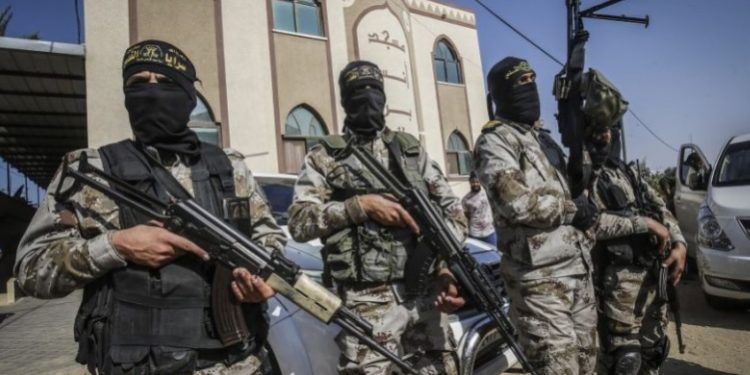 On November 12, 2019 at 4:00am (Israel Time) the Israeli Air Force conducted a surgical airstrike against Baha Abu Al-Ata. The Israeli Security Cabinet authorized over a week ago, in accordance to the recommendation of the Israeli military, secret service, and intelligence community, to eliminate Al-Ata and deemed him a “ticking bomb” and an “imminent threat” to Israel. Based on Israeli intelligence, Al-Ata was in the midst of preparing to commit immediate terror attacks towards Israeli civilians and IDF troops in the coming days. Al-Ata was a senior commander of the Islamic Jihad, a terrorist organization funded by Iran, in Gaza. He was responsible for hundreds of terrorist attacks targeting Israeli civilians.

ROCKETS FROM GAZA AND THE IDF RESPONSE
Since the elimination of Al-Ata:

450+ rockets have been launched form Gaza strip towards 110 communities in Israel (see map below). That is an average of one rocket every 6.5 minutes for 48 hours straight. These rockets are deliberately aimed at innocent Israeli populations, hospitals, and children. In one incident, two bypassing cars on an Israeli highway were a number of feet away from being blown up by a direct hit of such a rocket (https://twitter.com/i/status/1194177306136338432).
1 million+ Israeli children are confined to bomb shelters and are unable to go to school.
Israel has responded to this aggression by targeting Islamic Jihad rocket launchers, missile factories, rocket storage-spaces, and terrorist, while the Islamic Jihad is aiming their rockets at innocent kids, elders, women, and hospitals.

The Islamic Jihad had not only rejected ceasefire offers at first, they even claimed to increase the number of rockets launched at Israel. After numerous failed attempts, Egypt, acting as a mediator between Israel and the Islamic Jihad, had managed to have both parties agree to a ceasefire effective 5:30am (Israel time) on November 14. After the ceasefire has been in effect, the Islamic Jihad continued to launch rockets towards Israeli cities – one of them landing in a kindergarten. Continue Reading….