US criticizes Turkey over ‘unwarranted’ invasion into Syria 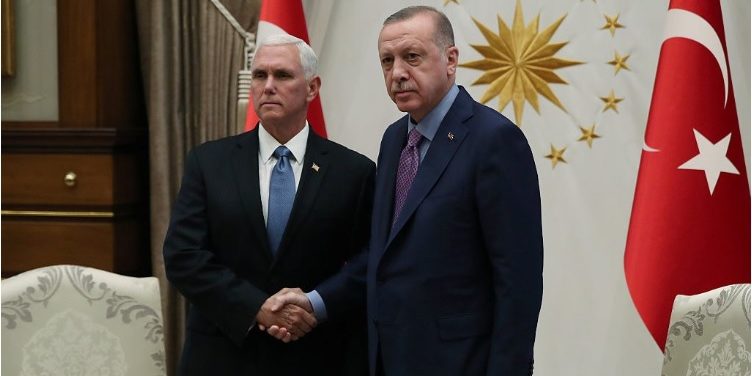 After spending four tumultuous days engulfed in the chaotic ramifications of the withdrawal of US troops from Syria, US Defense Secretary Mark Esper lashed out Thursday at Turkey for its military assault across the border on Syrian Kurdish fighters.

Turkey, he said, is “heading in the wrong direction,” and is getting closer to Russia.

“Turkey put us all in a very terrible situation,” he said, adding that Ankara needs to return to being the “responsible ally” it has been in the past.

His comments come on the heels of President Donald Trump’s announcement Wednesday that the US was lifting sanctions on Turkey after the NATO ally agreed to permanently stop fighting Kurdish forces in Syria. And he spoke just a day after he was in Iraq to discuss the withdrawal and the Islamic State threat with Iraqi leaders and his military commanders.

Trump is defending his decision to withdraw about 1,000 American troops from Syria, largely abandoning the Syrian Kurdish fighters who battled IS alongside the US for the last several years. Trump has declared victory, saying the move is saving lives, but it also cedes control of a large swath of the border to Turkey, Russia and the Syrian government. Continue Reading….