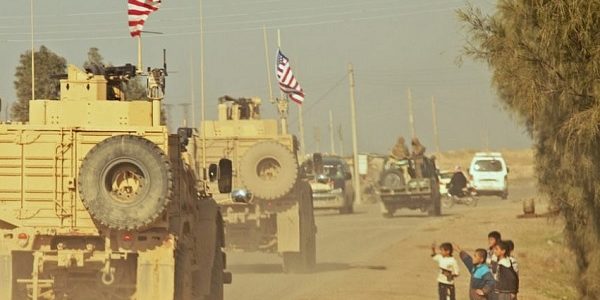 Israel has been closely monitoring Turkey’s brutal offensive against the Kurds in northeast Syria in recent days.

Israeli Prime Minister Benjamin Netanyahu condemned the Turkish invasion on Oct. 10, stating that Israel “warns against the ethnic cleansing of the Kurds by Turkey and its proxies,” and that “Israel is prepared to extend humanitarian assistance to the gallant Kurdish people.”

However, Israel’s concerns with regard to the Turkish operation extend beyond Ankara’s conflict with the Kurds.

Israel Defense Forces Brig. Gen. (res.) Yossi Kuperwasser, former head of the IDF Military Intelligence Directorate’s research division and director general of Israel’s Strategic Affairs Ministry, told JNS that the strengthening of Muslim Brotherhood-affiliated extremist Sunni forces in northeast Syria “should disturb us.” He stressed that Turkey had launched its offensive with “problematic, radical forces, who are exploiting the U.S.’s wish to leave this area.”

In addition, said Kuperwasser, who is the director of the Project on Regional Middle East Developments at the Jerusalem Center for Public Affairs, Iran could exploit the situation with its own Shi’ite militias.

“Iran could fill in the vacuum left by the United States in northeast Syria, which would enable them to establish a land corridor from Iran to Lebanon,” he told JNS. “It could project onto Israel, though not immediately.” Continue Reading…