IDF chief: If attacked, Israel will respond with force 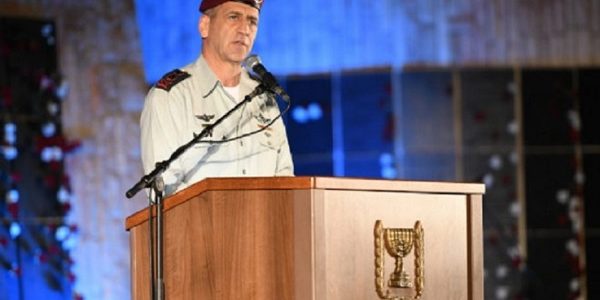 The Israel Defense Forces will not compromise Israel’s security, this according to IDF Chief of Staff Lt. Gen. Aviv Kochavi in an address at a memorial ceremony for soldiers who fell in the 1973 Yom Kippur War.

“Last summer was full of security incidents, both above and below the surface, in both nearby and far-off arenas. In the Gaza Strip, rocket fire was avoided and neutralized, and infiltration attempts were thwarted time and again. In the area of Judea and Samaria, the intelligence and operational effort that prevented many, if not all, terrorist attacks continue, and in the north, action has been taken to curb the efforts of Iran and Hezbollah. The challenges are not over,” he told the bereaved families in attendance.

Kochavi promised that “we will not allow harm the State of Israel, and should that happen, we will respond forcefully. The IDF is a strong, offensive, and responsible army, which operates in many arenas, in all dimensions, and in effect fulfills its mission as Israel’s defense forces.”

“We know we must be prepared … for the challenges of the present and the future, in the scope of the forces, the type of units, and the methods of warfare.”

He said, “The State of Israel has faced security challenges in the past and we continue to face them today. We could meet them in the past, and we can meet them today. We have our eyes open, we make daily assessments, and we make professional and responsible decisions that lead to attacks and the prevention of threats, all while maintaining balance.” Continue Reading….