Iran Guards chief: Destroying Israel now not a dream but an ‘achievable goal’ 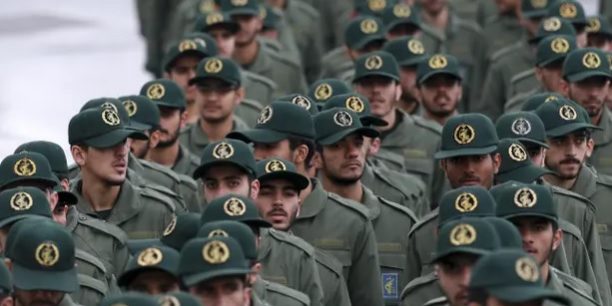 By AFP and TOI STAFF

The commander of Iran’s elite Islamic Revolutionary Guard Corps said on Monday that destroying Israel was now an “achievable goal.”

Four decades on from Iran’s Islamic revolution, “we have managed to obtain the capacity to destroy the impostor Zionist regime,” Major General Hossein Salami was quoted saying by the IRGC’s Sepah news site.

“This sinister regime must be wiped off the map and this is no longer … a dream it is an achievable goal,” Salami said.

The remarks were made at a biannual meeting in Tehran for commanders of the IRGC amid rising tensions between Iran and the US and its allies.

Salami’s comments were given prominent coverage by the Tasnim and Fars news agencies, close to ultra-conservative political factions.

The official IRNA agency also carried his remarks, but placed more emphasis on his assertion that Iran was growing stronger and would finally beat its foes despite “hostility” toward it.

US President Donald Trump officially designated the IRGC as a terrorist organization in April. “This unprecedented step, led by the Department of State, recognizes the reality that Iran is not only a State Sponsor of Terrorism, but that the IRGC actively participates in, finances, and promotes terrorism as a tool of statecraft,” the president said in a statement. “The IRGC is the Iranian government’s primary means of directing and implementing its global terrorist campaign.” Continue Reading….