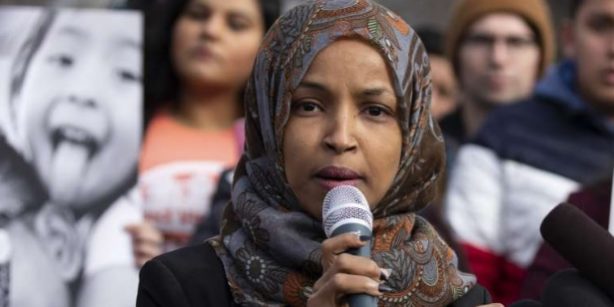 During the last two years, the media have been reporting about a rise in anti-Semitism. When the media write and speak about it, their focus is almost exclusively on “right-wing” anti-Semitism. Most of the establishment Jewish organizations, well known for their political liberalism and identification with the Democrat Party, similarly focus on anti-Semitism from the right and give only rare lip service when anti-Semitic writings and attacks come from the political left. (The Ilhan Omar case is a mild exception, though not generating anywhere near the determination and demonization if she had been from the political right). As each day goes by, guided by their own left-wing outlook as well as the hit-lists coming from the Southern Poverty Law Center, the category “right-wing” has expanded to include almost anything conservative or nationalistic, so that even expressed love of many aspects of America’s historic culture can confer on one the status of “white supremacist,” i.e., anti-Semite.

Indeed, I and many of my associates were appalled and worried by the silence of the media and major liberal Jewish organizations in the face of vicious attacks and rhetoric against Jews and Israel which transpired ever so frequently during the Obama years. There was silence because the attacks against Jews were coming from groups or members of groups that embody the left/liberal coalition. Even Jewish groups were unwilling to cite and seriously challenge these groups if by so doing they weakened the halo liberalism conferred on these groups and their leftist causes. And that is because, even today, most large Jewish organizations cannot sever their strong emotional bond to liberalism and the Democrat Party that has been their lifeblood and which has constituted the personal identity of many individual Jews since the presidency of Franklin Roosevelt.

From the very start of the Trump administration, the media, no doubt spurred on by statements coming from liberal Jewish organizations, were quick to point to the “Trump atmosphere” as being behind anti-Jewish threats. They had a vested interest in promoting such a thesis. Both the media and the establishment Jewish organizations have been vociferously anti-Trump, and both have been in the forefront in trying to bring him down. Painting him and his followers as anti-Semitic was a strategic step in making Trump and his backers illegitimate.

Even after everything President Trump has sincerely done for Israel, and despite Mr. Trump’s repeated efforts to denounce anti-Semitism (as he has done in two State of the Union addresses), and ignoring the Orthodox Jewish identity of parts of his family, Jonathan Greenblatt, the ADL’s current director and former Obama aide, continues to charge the president with being indifferent to and inciting anti-Semitism … and being a racist. Continue Reading…