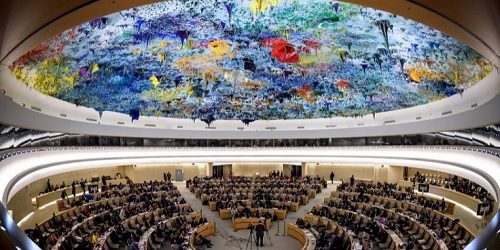 By Israel Hayom and JNS—

Israeli, Jewish and pro-Israel groups all applauded the publication of an “unprecedented” United Nations report on anti-Semitism, which, among other issues, links anti-Semitism to criticism of Israel and the BDS movement.

“This report marks one of the first times the UN has addressed the issue of anti-Semitism in any detail,” said Anne Herzberg, Legal Adviser and UN Liaison at NGO Monitor. “The Special Rapporteur condemned the use of anti-Semitic tropes and denial of Israel’s right to exist by BDS activists. Importantly, the Rapporteur also recommends the International Holocaust Remembrance Alliance’s definition as a useful tool in combating anti-Semitism. Hopefully, UN bodies, particularly the Human Rights Council, will follow the Rapporteur’s lead by adopting IHRA and ending their promotion of anti-Semitic tropes and attacks on Israel’s legitimacy.”

The report, “Combatting Antisemitism to Eliminate Discrimination and Intolerance Based on Religion or Belief,” that was released by the Special Rapporteur on Freedom of Religion or Belief, Ahmed Shaheed, defines anti-Semitism as a global phenomenon – not one largely confined to the United States and Europe – as has been the case in many previous UN reports. The Special Rapporteur recognizes that the sources of anti-Semitism are varied, coming from the far-right, from members of radical Islamist groups and from the political Left.

The report identifies violence, discrimination, and expressions of hostility motivated by Jew-hatred as a serious obstacle to the enjoyment of the right to freedom of religion or belief. It expresses “serious concern that the frequency of anti-Semitic incidents appears to be increasing in magnitude and that the prevalence of anti-Semitic attitudes and the risk of violence against Jewish individuals and sites appears to be significant, including in countries with little or no Jewish population.” Continue Reading…