Iran: Evidence that Violated Nuclear Deal Since Day One? 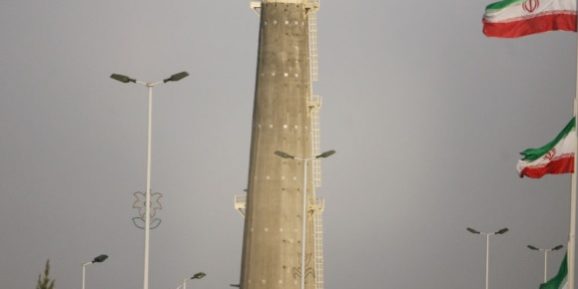 The Iranian government is advancing its nuclear program at a faster pace. Recently, the Atomic Energy Organization of Iran (AEOI) declared that Tehran took the third step in increasing its nuclear activities by activating advanced centrifuges: 20 IR-4 and 20 IR-6 centrifuges.

The previous two steps that Tehran took included: increasing the enriched uranium stockpile beyond the 300kg cap, which was set by the Joint Comprehensive Plan of Action (JCPOA), and enriching uranium to levels beyond the limit of 3.67 percent.

As part of its rush to a nuclear breakout capability, the Islamic Republic of Iran is also expanding its research and development work beyond the limitations set by the JCPOA. Iranian nuclear agency spokesman Behrouz Kamalvandi told a televised news conference, “We have started lifting limitations on our Research and Development imposed by the deal … It will include development of more rapid and advanced centrifuges.”

The ruling mullahs are claiming that Iran’s recent moves and violations of the nuclear deal are the fault of the US government, because the Trump administration withdrew from the JCPOA, but the claim is a lie. New evidence shows that Iran’s theocratic establishment was most likely violating the nuclear agreement since the day the Obama administration and Tehran struck the deal in 2015.