‘Thrill Is Gone’ As Netanyahu Clings To Power 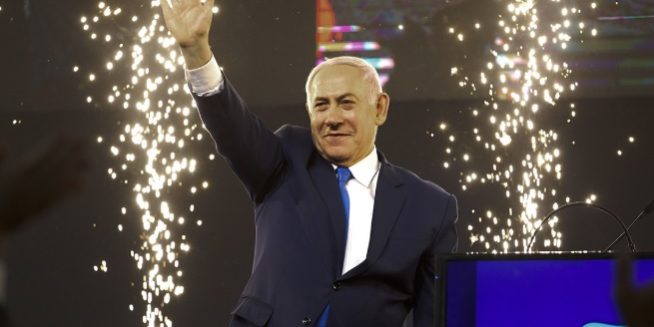 Benjamin Netanyahu may yet survive his lackluster performance in Israel’s election Tuesday. But the one-man rule that marked most of his time in office is likely over.

Known by fans as “the Wizard” for his mastery of political manipulation, the prime minister is fighting to remain in office — and out of jail. He’s already offering to share power with his main rival, a former army chief of staff, Benny Gantz. For the first time in a decade, people here are starting to contemplate what a post-Bibi Israel would look like.

Mr. Netanyahu, 69, has been at the top for ten consecutive years and an earlier three-year stint, having served as prime minister longer than anyone in the country’s history. Now even opponents who constantly highlight his failures pay homage to unmatched skills.

A master communicator, a political pro who has improved the Israeli economy by leaps and bounds, Mr. Netanyahu has also adeptly navigated Arab enmity without too much bloodletting while expanding Israel’s global reach.

So is, likely, Mr. Netanyahu’s aversion to bold moves. The prime minister scoffs at predecessors’ attempts to make peace with Palestinian leaders, arguing they always lead to terroristic bloodshed.

After ceding authority over parts of Hebron in his first stint as Prime Minister, Mr. Netanyahu largely stayed away from any concessions leading to ceremonial handshakes with Palestinian leaders. Instead, he merely encouraged quiet cooperation with the Palestinian Authority’s security forces, keeping Hamas from creeping into power in the West Bank.

Despite his ultra-hawkish image, Mr. Netanyahu’s decade was marked by military caution. Rather than risking an all-out war with Iran by attacking its nuclear facilities, he preferred pinpoint strategic attacks against Iranian and proxy targets across the region. Continue Reading….