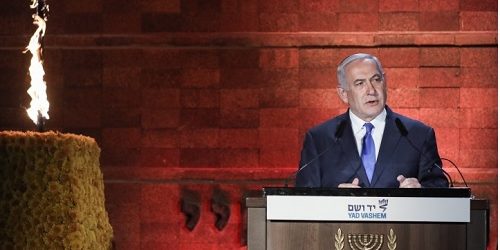 In an informal interview in his Jerusalem home, Jewish scholar and international speaker Rabbi Mendel Kessin, who believes that the world is teetering on the edge of redemption, explained what has to happen politically in order to serve the spiritual purpose of advancing redemption.

“Something is going to happen out of nowhere that’s going to be stunning, that nobody expects. In order for the Jews to repent, to get close to God, to get close to their Torah, this government must be removed.” In his words, Prime Minister Benjamin Netanyahu “must be deposed.”

At press time, the fate of the Israeli government is still very unclear. The country is deeply divided and no obvious winner has yet emerged from the second round of voting for the 22nd Knesset.

In order to bring the Jewish people closer to Torah and prepare them to receive the elevated Torah of Messiah, Kessin predicted that the final outcome of this week’s election will be that Israeli President Reuven Rivlin will give the Likud party the option to form a coalition, but without Netanyahu at its head.

“Basically, Bibi has to be deposed. God is going to get rid of him politically,” Kessin asserted.

Kessin does not believe that the Messiah will immediately replace Netanyahu. “You need a transition guy. The person I have in mind is on the political scene. His name is Gideon Sa’ar.”

Sa’ar was a Member of Knesset from 2003-2014 and was again elected to the 21st Knesset in April of this year. Holding the sixth spot on the Likud party list, he would have to be advanced over four other Likud members for Kessin’s prediction to come true.

It wouldn’t be the first time Kessin backed a dark horse candidate. He correctly predicted that Donald Trump would win the 2016 US presidential election back when the Republican party was still flush with seasoned political candidates. Then, as now, he bases his thinking on spiritual ideas rather than political considerations. Continue Reading…