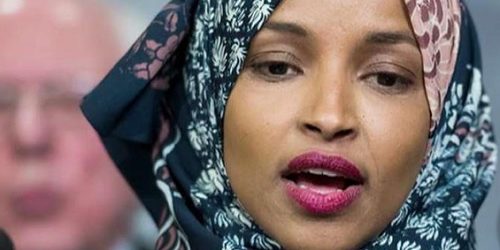 US Congresswoman Ilhan Omar, an outspoken voice for the Boycott, Divestment, Sanction movement (BDS) spoke about Prime Minister Benjamin Netanyahu on Face the Nation on Sunday.

“I certainly hope that the people of Israel make a different decision ,” Omar said. “My hope is that they recognize that his existence, his policies, his rhetoric is contradictory to the peace that we are all hoping that that region receives, and receives soon.”

Later, Omar tweeted the video of her interview and added, “Netanyahu’s existence as the leader of Israel has diminished any hope for a two-state solution and we can’t be expected to be silent about that!”

Omar was blocked from entering Israel in August due to her support for the BDS movement. At the time, she responded to the cancellation of her trip, saying, “It is an affront that Israeli Prime Minister Netanyahu, under pressure from President Trump, would deny entry to representatives of the US government. Trump’s Muslim ban is what Israel is implementing, this time against two duly elected Members of Congress. Denying entry into Israel not only limits our ability to learn from Israelis but also to enter the Palestinian territories.” Continue Reading….