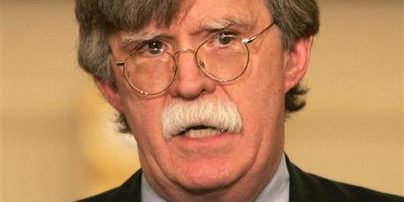 US National Security Advisor John Bolton’s departure from the White House has been the source of considerable concern in Israel. For decades, the veteran diplomat and former UN ambassador has been among the most powerful supporters of a strong US-Israel alliance in Washington. During his tenure as President Donald Trump’s National Security Advisor, Bolton worked steadily on expanding US-Israel strategic ties across a wide spectrum of critical issues from Iran, to the Palestinians and beyond.

Israelis would have greeted the departure of their strong ally and friend with concern regardless of the circumstances. But, the fact that he was fired, (or by Bolton’s telling, felt compelled to resign), just days after Jason Greenblatt, Trump’s envoy for negotiations between Israel and the Palestinians resigned from his position and as reports proliferate that Trump is seriously considering reducing economic sanctions on Iran in the hopes of scoring a meeting with Iranian President Hassan Rouhani at the UN General Assembly later this month, intensified the concern.

Although reasonable on their face, Bolton’s termination needs to be seen in two wider contexts. The first context is the environment in Washington that confronted Bolton in his position.

From the day he took up his duties a year and a half ago as Trump’s third national security advisor, Bolton was under assault. The campaign against Bolton was initiated by the Iranian regime. Iranian Foreign Minister Jawad Zarif blamed poor US-Iran relations on Bolton, Prime Minister Benjamin Netanyahu and Saudi Crown Prince Mohammed Bin Salman. Zarif’s campaign was quickly joined by Obama administration officials who took to the US media parroting the same allegations. The Iranians, by their telling were guileless lambs. The big bad wolves were Bolton, Bibi and bin Salman. Continue Reading…