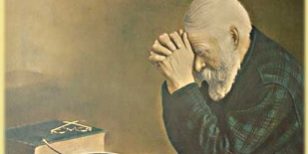 As the Democratic National Committee has embraced the ungodly, Christian Americans need to take control of the narrative surrounding this divided nation. We need to look beyond the rhetoric and the media’s negative and false reporting, and the Democratic Party’s class and social warfare of division to foster change from the leftist tyrannical policies of globalism. We need to find ways to change the narrative of hate and take control of bringing a divided nation to unity. We can do this. But we have to set our emotions aside, hold in check our tendency toward offense, and pray and act with a purpose in mind. The current situation represents a tremendous opportunity to shine the light of Christ.

We rejected the policies of division and tyranny at the ballot box in 2016. Those who were rejected have taken personal offense and labeled us haters. In doing so, they are showing hate. They are demonstrating, rioting, physically assaulting, and verbally abusing those with whom they disagree. It is so easy to respond with an eye for an eye. But brothers and sisters, this is the time when we need to speak into our nation, speak into our states, into our communities, into our neighborhoods and into our families. We need to talk about reason, calming the rhetoric-even if the other side doesn’t want to hear it. We need not compromise our beliefs, but we can take a higher ground.

We need to dismiss the premise of hate and bigotry and build our case for unity, and in doing so, show the light of Christ. This is a time when we need to deescalate the rhetoric and angriness of people who spew hate by accusing others of hate by saying, “I know you are upset, but isn’t it time to put that aside and work for a better country? Isn’t it time to see that your fellow Americans are not what the news media and the political establishment labeled them, but just people like you and me that want something better for their country, for their futures, even for their children? We have a system of laws and elections and decent people follow laws and respect the will of the people. I know you are a decent person.”

Have a Blessed and Powerful Day!