Present to Leonard. And to us all. 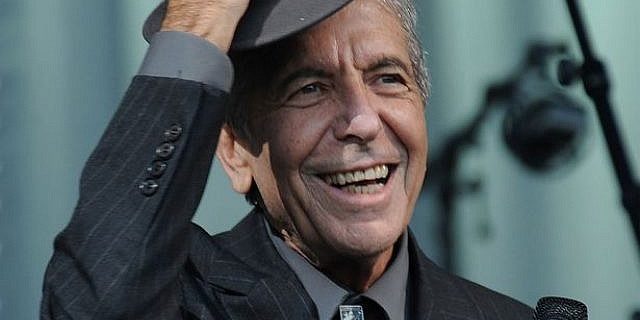 On September 21th, 2019 Leonard Cohen would be 85. I have mixed feelings about this math. From one side, one feels like Leonard always was there with us. Or rather that it is us who were always next to him.

Who grew up , or lived on without his songs and poetry around? Cohen’s presence is a part of an atmosphere on this planet. In a melody, or a phrase, or those twinkling eyes, or that special smile. It is the part of our souls’ environment. The best, the finest, so very unobtrusive part of it. The luxury of a wing’s free movement.

On another side, Leonard, with that twinkle in his eyes, with that smile of a light, with that grace towards everyone, was one of the very few people who knew no age, almost. Could anyone see Leonard as a elderly man even in his 80s? Nope. His youthfulness, his resourcefulness in that, was not only charming asset of a star. In many ways and millions of situations it was a life-rope to so many of the people who are still devoted to him whole-heartedly, after he is gone, for three years now.

In his physical absence, nothing has changed in the unbounded and grateful love that we have for Leonard. This is a very rare phenomenon in the world culture. And it can be explained only by the supposition that all those millions of people have identified themselves with this ever young and always wise man who did not lecturing anyone, ever. But who was honest, talented, superbly fine, and very human.

There is no coincidence that Leonard’s logo which he did create and draw himself was a Mogen David made of two interlocked hearts. His life and his sharing of his talent with us was a heart on a palm stretched towards us, literally so. This two-hearted Mogen David sent to us by Leonard is one of the main treasures on my husband’s study wall.

And yet before that, on August 31st, there will be a special ceremony in Vilnius, Lithuania. On this ceremony in the inner court of the nice street of the Vilna Old Town, a sculpture of Leonard would be unveiled, the first in the world. Everybody who saw the image of the sculpture and those who knew Leonard, just loved it. It simply charming, and it does bear the fine features of Leonard’s character, his special fleure so very well. Besides, it is simply a very good art.

I am sure that Leonard would be terrified of the idea of making him in stone, he was organically modest; but I also know that he would understand it and appreciate the very best intentions of the people who did it. He was also organically respectful towards the people because he loved and understood them. “ A real Cohen”, – as my husband still says on him.

The sculptor who created this first in the world full-size figure memorial of the legendary poet and singer, Romualdas Kvintas, was a very special person, too. Unfortunately, he would not be there on the unveiling ceremony. Kvintas passed away in October 2018 after his short battle against aggressive cancer. He was just 66. Leonard’s sculpture was one of his last five works. It was finalised by young sculptor Martynas Gabuas, on his own initiative, as Elge Kvintiene, Romualdas’ widow has told me. Continue Reading….